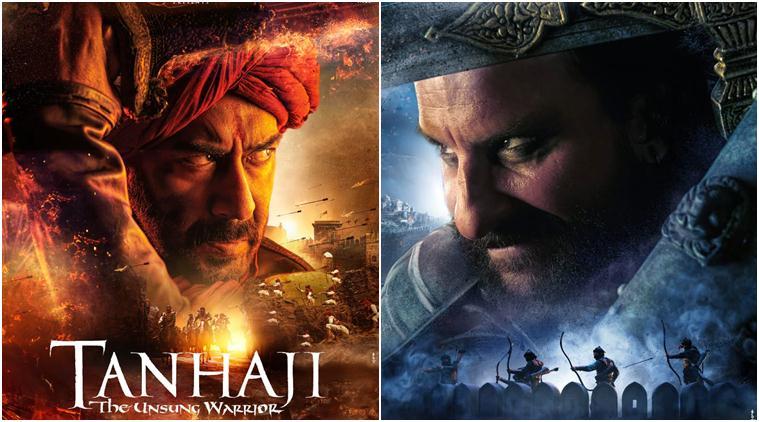 The actor took to Instagram to share the posters of the period drama that will see him play the role of Maratha commander Tanhaji Malusare in Chhatrapati Shivaji’s army.

“Mind that was as sharp as a sword… #TanhajiTheUnsungWarrior, in cinemas 10th January 2020,” Ajay captioned the poster which features him donning a headgear and holding a sword with a piercing look in his eyes.

“Might that cut deeper than a sword…” he wrote alongside Saif’s first look poster.

The film is produced by Devgn’s ADFL and Bhushan Kumar’s T-Series. (AGENCIES)