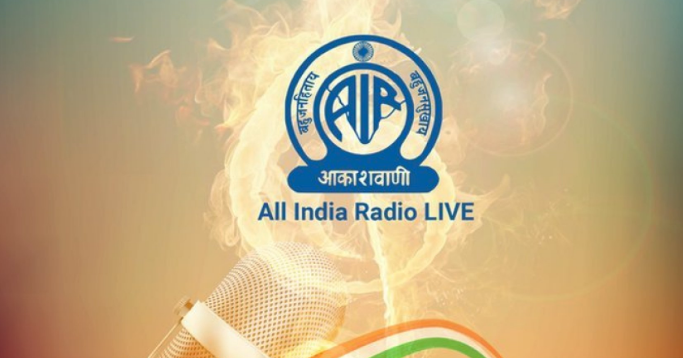 NEW DELHI, Dec 31: Asserting that “sustainability” is among the biggest challenges facing All India Radio, its outgoing Director General Fayyaz Shehryar on Tuesday said the public broadcaster should be completely funded by the government to ensure its content is always aimed at serving people and is not revenue driven.
Shehryar, who retires on Tuesday after an over five-year stint as DG of AIR, said public service broadcasters, wherever they are, are funded completely by their respective governments.
“Our government has also been very generous as they are paying us the wage bill of those employees who are on deemed deputation, they are also paying us the money for infrastructure development. But then operation and maintenance of a huge network also means a lot,” he told PTI in an interview.
Asked about the challenges facing AIR, he said, “Sustainability. When we became Prasar Bharati, ideally and theoretically, we should have been able to fend for ourselves. But what happens is that All India Radio is wedded to the mandate of public broadcasting, and what is public broadcasting? It is altruism as against hedonism.”
Radio in the private sector only generates content which attracts revenue, while AIR generates content for people irrespective of whether it garners revenue or not, he said, adding that the dharma of AIR is to serve the people.
There are some mandatory foreign tours for professionals and training programmes on which money has to be spent, so self-reliance is the challenge for AIR, Shehryar said.
“What if the government takes a decision, you are a corporation, you fend for yourself…There will be a stalemate. It should be completely funded by the government or be allowed to mimic — which is very bad — private sector radio so that it generates revenue as much as it needs to spend,” he said.
However, Shehryar asserted that the primary responsibility of the public broadcaster is to serve people and not be revenue driven.
Discussing other challenges AIR is facing, he said a fast-expanding network with a fast-dwindling staff is a major issue.
it needs is to rope in fresh talent in content creation, Shehryar said.
“We are bringing in people at the ADG level, but who will create content…We should encourage in-house talent, give them promotions, waive off DoPT rules as a special measure and have professionals at the helm of affairs,” he said.
Describing digital radio as a “game changer” for AIR, he said it is a great idea and AIR has already installed 36 — two short wave and 34 medium wave — radio mondiale transmitters across the country.
“The problem is that we are the world’s largest middle class population and we have a sizable population which is below poverty line… The digital radio receiver costs Rs 15,000. No indian is able to buy that,” he said.
Asked about Union minister Prakash Javadekar’s announcement that digital radio will be rolled out in 2024, he said the minister is hopeful that radio receivers will be readily available at a cheap price by that time.
AIR has the capability to adapt to digital radio better than private players, he said.
Digital radio will have clearer sound, the receiver will display of details of the programme and it will also be more compatible with social media, he said.
Talking about the major achievements under his time as DG AIR, Shehryar pointed to providing alternate platforms.
Prime Minister Narendra Modi, he said, wanted that the Indian diaspora abroad should be able to listen to news and music in their own mother tongue, so the live streaming of all services was done and an application was created.
AIR combined with Amazon Alexa so listeners can now tune into content by giving a voice command, he added.
AIR premises across the country were given a corporate look, he said.
“We created a bridge between the elected and the electors through Mann ki Baat. PM delivers an apolitical broadcast. He discusses welfare schemes…All this was resuscitation of a moribund radio,” Shehryar said.
Asserting that going forward, professionals were needed to improve content and quality, he said all this would need money. If the government funds AIR completely, balance could be maintained between quality content and serving people as a national broadcaster. (PTI)