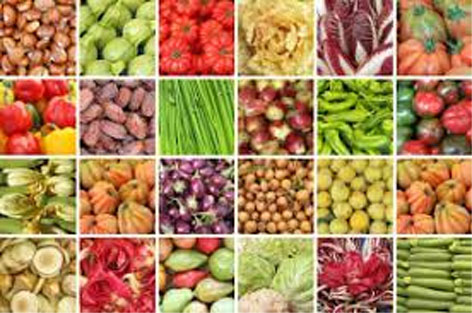 One of the ways to encourage agricultural activities, boost production and ensure resultant increase in individual farm incomes is, in which way form the government and its identified local specialities for a particular crop raised, branding could be done for purposes of according it a distinctive identity. It could be on account of a particular crop carrying with it a particular aroma, taste, colour, medicinal value and the like which normally could be a distinct characteristics and a geographical identity too which needs to be recognised to the benefit of the farmers. That could result in, besides a lucrative domestic market, generating a global demand and thus its proper marketing. While launching Kissan Pakhwara in Jammu, Lieutenant Governor Girish Chandra Murmu stated that branding of local agricultural produce and allied sector as geographical indications was necessary for assured marketing.
So far so good but a critical analysis would only put the hither to Governmental efforts in the category at quite less than adequate rather being insufficient in respect of doing much for the priority sector of agriculture despite directly and indirectly this vital sector contributing 30 per cent to the GDP of Jammu and Kashmir. It is worth noting that two thirds of the population being directly or indirectly dependent on agriculture needed preferred Governmental attention. We would not draw a pessimist note but the fact is that to motivate the younger generations from the farming community to carry on with their hereditary and traditional occupation of farming , nothing was being done. Data assimilation in this regard needed to be undertaken to know precisely as to how many were bidding adieu to agriculture activities. That was very unfortunate and that growing trend had to be reversed.
However, in an era of fast innovations and technological introduction in the sensitive agriculture sector, conventional methods had little scope and therefore, what measures were being taken in this regard, remains a big issue. We cannot achieve much by merely saying on certain important events and occasions that agricultural productivity should be enhanced unless government’s active intervention was there so that in particular those sections of the farming community, which are classified as medium and marginal sections, were reached out and their needs for farm mechanisation assessed and efforts made to help them out. Experience has proved that mere subsidies granted to agriculturists did not achieve much results as that sector was vulnerable to host of risks , higher input costs, demand vagaries and even natural uncertainties of weather etc.
With family fragmentations, per capita holdings getting plummeted to uneconomical levels was a potent threat to increase farm produce unless support system was there including providing timely fertilizers, seeds, periodic help and expert advice. However, this also is a fact that through increased productivity only and good returns of the yield , sustainability could be maintained. Better interface is required with the farming community is what the Lt. Governor has recognised to be given preference for which mobile phones and its Apps could prove beneficial. Proper marketing facilities to get timely proceeds of sales is what was needed most to be made available. For that, it was proposed that developing forward backward linkages for improved marketing was one of the best options. Organic farming was now getting more focus across the country especially in the north eastern states and Jammu and Kashmir had enough potential for that type of farming. Soil cards therefore were needed as a first major step , to be issued to the farming community.
Availability of timely credit from Banks and other financial institutions with minimum paper work formalities and dispensing with providing of securities for loans of smaller amounts at least, would be a major boost to the agricultural activities. The Government and its various connected agencies have to do a lot in the matter under reference, keep proper monitoring and taking timely remedial measures and events like Kissan Pakhwaras are opportunities to find out how much more could be done as we cannot allow this most sensitive sector of the economy to be ignored in any way.