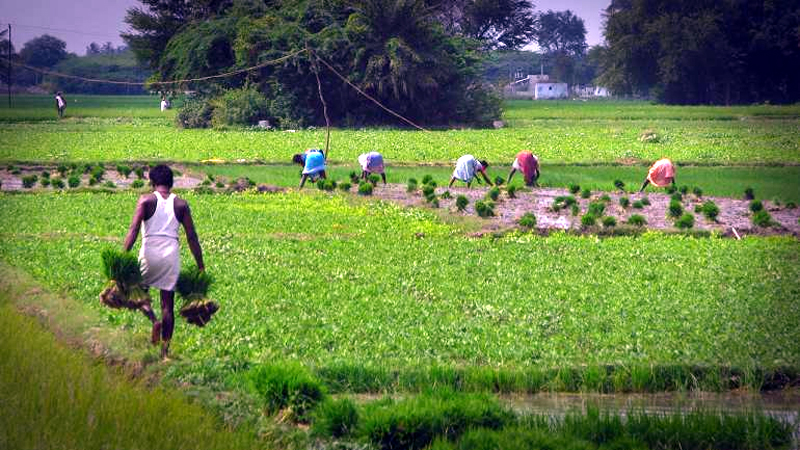 Avtar Bhat
JAMMU, Dec 10: Taking note of serious protests lodged by various organizations of Agriculture Department employees and officers against the holding of Departmental Promotion Committee (DPC) meeting for Kashmir Division only, the Government today kept the order of promotions made by the DPC in Kashmir valley, in abeyance.
According to sources, the technocrats of Agriculture Department are facing stagnation for decades together after the failure of the authorities in issuing the promotion orders and the employees and officers of the Department were constantly struggling for the same from years together but much to their dismay the Department convened the DPC to clear the promotions of Agriculture Extension Assistants (AEAs) of Kashmir Division only to the post of Junior Agriculture Extension Officers (JAEOs) while ignoring the Jammu region altogether.
This resulted into a strong resentment among various Jammu based organisations of the Department who also took to streets in protest against the decision.
Much to the dismay of the Agriculture technocrats and employees of the Jammu division, even the Director Agriculture Jammu was neither consulted by higher ups in Civil Secretariat nor asked to attend the DPC meeting which as per the norms he was supposed to be invited, sources said.
As the decision of the Department snowballed into a big controversy with employees from Jammu terming it a total discrimination with them and continuance of hegemony of Kashmiri leadership and officers even after annulling the Article 370, the authorities within seconds kept the order in abeyance. A senior Agriculture officer from Jammu , also expressed his dismay and resentment against the unilateral order and sources said that he too has convened his displeasure to the higher ups in the Department.
Various associations of Agriculture employees including All Agriculture Technocrats Union (Gazeted cadre) , JKATA (non gazette cadre) and Agriculture Casual Labour Union are up in arms against the decision for which the Director Agriculture Jammu has also expressed his strong reservation.
While talking to Excelsior, a senior Agriculture Officer from Jammu said the DPC was convened for Kashmir division with malafide intensions and in violation of standing rules. He said the posts were of State, now UT Cadre and Jammu officials were also eligible for the promotions but were ignored. He said Director Jammu should have been invited but he has not been called.
President, All Agriculture Technocrats Union, Surinder Radhotra while expressing his strong protest against the convening of DPC for Kashmir Division only said this is a total injustice with the Agri technocrats of Jammu Division which will not be allowed. He said the same discrimination has been faced by the employees of the Department for last 35 years and a Junior Agriculture Extension Officer (JAEO) appointed 35 years back in the Department retired as JEAO as no DPC was conducted to promote him to next higher post.
Likewise, a technocrat appointed as Agriculture Extension Officer (AEO) has to retire as AEO because of this discrimination and injustice to which the employees of the Department were subjected over the years, he added.
He said the Agriculture Extension Assistants (AEAs) who were to be promoted as Junior Agriculture Extension Officer (JAEO) is a State cadre post which has now been converted in to UT cadre and in violation of GAD’s SRO 375 the authorities made promotions of one division ignoring the other division with ulterior motives. “This way we have continued to face discrimination even after the abrogation of Article 370 and the claims made by the political leaders have proved totally hollow in this regard”, he added.
He said there are total 1391 posts of JAEOs in the UT out of which 568 are in Jammu Circle and 838 in Kashmir Circle. When the authorities had to make promotions they were supposed to consider both circles, he added. He while citing the Section 21 (a) of SRO 375 of 2010 dated 21.10.2010, said the composition of DPC of State / UT Cadre posts comprises of Administrative Secretary of the Department as Chairman of the Committee with concerned divisional heads of the Department one from Jammu Division and another from Kashmir Division and a representative of the concerned Administrative Department not below the rank of Additional Secretary to be nominated by the Administrative Department.
He said but the same has been totally violated as Jammu Director was not invited to the DPC meet and demanded that the orders of promotions should be declared as null and void.
However when contacted the Secretary Agriculture, Manzoor Ahmed Lone rejected that any region has been ignored in DPC. He said these employees were working on temporary basis and were only regularized in 2014. “I will look whether order is to be issued at Secretariat level or at Divisional level by Directors”, he added.
The posts were incorporated in DPC in 2014 and the Department has kept the order in abeyance and we are examining whether the order be issued at Secretariat level or not,” he added.