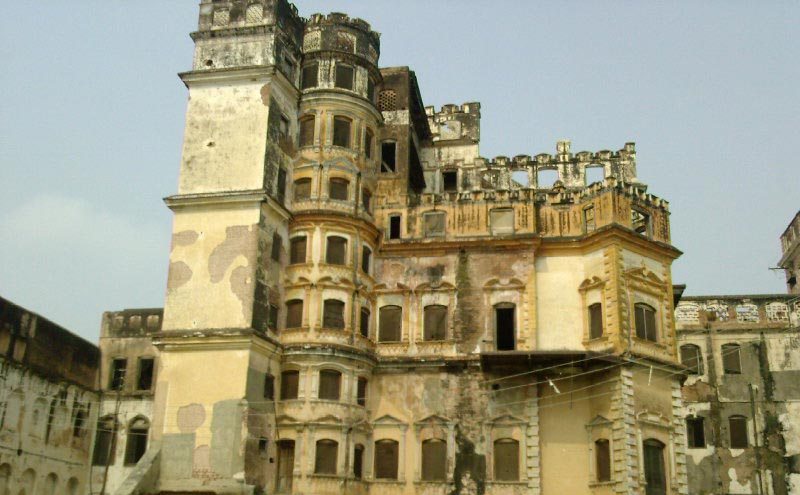 Mohinder Verma
JAMMU, Dec 10: Six projects relating to conservation of historic Mubarak Mandi Complex have yet not been approved by a High-Level Committee (HLC) headed by Financial Commissioner Finance for want of certain clarifications from the Tourism Department. This will lead to further delay in start of restoration works on important but crumbling portions of the Dogra heritage.
Official sources told EXCELSIOR that after a detailed exercise the Tourism Department got six Detailed Project Reports (DPRs) prepared about those portions of the historic complex which need urgent attention as far as conservation is concerned. Accordingly, the Finance Department was approached for accord of administrative approval to these projects.
These projects pertain to restoration of Raja Ram Singh Palace at an amount of Rs 11.67 crore; Darbar Hall for an amount of Rs 5.50 crore; Central Courtyard at an amount of Rs 13.10 crore; Dogra Art Museum, Badi Deodi, Royal Courts and Gadvai Khana for an amount of Rs 5.56 crore and restoration of Mahal of Raja Ram Singh’s queens for an amount of Rs 14.83 crore etc.
These six projects came up for discussion in a meeting held under the chairmanship of Financial Commissioner Finance Department on October 1, 2019 and was attended among others by Principal Secretaries to the Government, Housing and Urban Development and Planning, Development and Monitoring Departments.
However, none of these projects was cleared by the High-Level Committee and the Tourism Department was asked to undertake only those projects of Mubarak Mandi Complex which shall have visible impact/outcome and the buildings could be put to public use and return on investment is obtained, sources disclosed.
“Despite lapse of more than two months the Tourism Department has not furnished necessary clarifications to the Financial Commissioner Finance headed committee as a result of which accord of administrative approval is awaited”, they further said, adding “the dilly-dallying approach in providing necessary information to the High-Level Committee is notwithstanding the fact that sentiments of people are associated with this historic complex and they want its restoration in a time bound manner so as to avoid further damage to it”.
“The Tourism Department is justifying the delay in furnishing clarifications to the committee headed by Financial Commissioner Finance on the ground that minutes of meeting were issued few days back. However, this is not a plausible reason as officers of the Tourism Department had attended the meeting convened on October 1, 2019 and they were aware of the observations made by the committee”, sources said.
They stressed that all out efforts should be made by the concerned authorities of the Tourism Department to provide required details to the Financial Commissioner headed committee so that administrative approval is conveyed to the projects relating to the conservation of historic Mubarak Mandi Complex.
In the meeting, nine projects of Higher Education, Estates and Industries Departments were cleared by the committee. The Estates Department was directed to furnish per square feet cost of each project and variation in bill of quantities among various projects being implemented by different agencies.
The projects of Higher Education Department which stand cleared relate to Women’s Degree College Parade Jammu and Amar Singh College Srinagar. The Estates Department projects include construction of 28 two-BHK flats at Sarwal; 28 one-BHK flats at Ahata Amar Singh Jammu and 28 two-BHK flats at Lower Muthi besides purchase of 32 three-BHK flats at Lower Muthi Jammu executed by Jammu Development Authority (JDA).
The Industries Department projects, which stand cleared, are completion of Industrial Estate Khrew, development of Industries Estate Gangyal Phase-II and development of Industrial Estate Wuyan.
The Higher Education, Estates and Industries Departments have been asked by the High-Level Committee to obtain administrative approval from the competent authority and undertake works after following due codal procedures and based on tendering process.