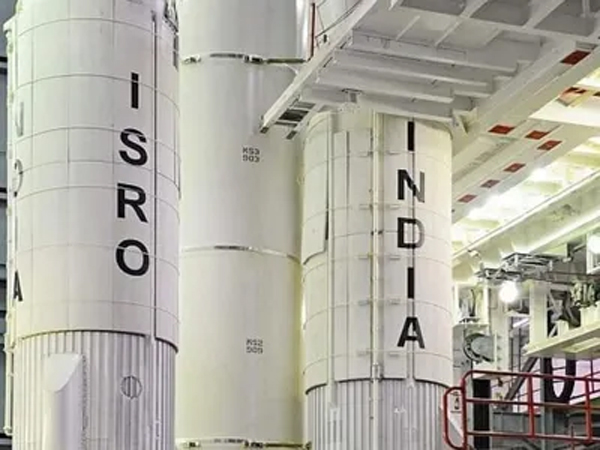 CHENNAI, Oct 4: After an extended eight year performance that exceeded beyond expectations, ISRO’s Mangalyaan/Mars Orbiter Mission has gone into oblivion due to lack of fuel and drained out battery.
In an update on the Mars Orbiter Mission (MOM) at a National Meet organised by ISRO recently on completion of its eight years in the Martian orbit, it was discussed that despite being designed for a life span of six months as a technology demonstrator, the MOM has lived for about eight years in the Martian orbit with a gamut of significant scientific results on Mars as well as on the Solar corona, before losing communication with the ground station, as a result of a long eclipse in April 2022.
During the national meet, ISRO deliberated that the propellant must have been exhausted and therefore, the desired attitude pointing could not be achieved for sustained power generation.
“It was declared that the spacecraft is non-recoverable and attained its end-of-life”, ISRO said today.
The mission will be ever-regarded as a remarkable technological and scientific feat in the history of planetary exploration, it added.
At the meeting, Shantanu Bhatwadekar, Scientific Secretary, ISRO, in his prelude address, said the MOM was launched on November 5, 2013, and after completing 300 days of interplanetary journey, it was inserted into the Martian orbit on September 24, 2014.
Equipped with a suit of five scientific payloads onboard, during these eight years, the mission has gifted significant scientific understanding on the Martian surface features, morphology, as well as the Martian atmosphere and exosphere.
Former ISRO Chairman Dr.K.Radhakrishnan in his special address said the unique lessons learnt from this mission; despite being realized in a remarkably short turn-around time, the MOM mission has added enormous values to the domains of science, technology, and management.
It was an enormous feat to have reached the Martian orbit successfully in the maiden attempt, he added.
Another former Chairman A.S.Kiran Kumarmentioned about the criticality of the payload operations in the Martian orbit, given the conflicting requirements of the payload operations, radio delay, and white-out and black-out conjunctions.
In his inaugural address, S Somanath, ISRO Chairman and Secretary, Department of Space summarized the major scientific feats of the mission.
He said the MOM has gifted an understanding of the composition of several gases in the Martian exosphere, quantified the altitude where the Martian atmosphere has a transition from the CO2 rich regime to atomic Oxygen-rich regime during the local evening.
The mission is also credited with the discovery of ‘suprathermal’ Argon-40 atoms in the Martian exosphere, which gave some clue on one of the potential mechanisms for the escape of atmosphere from Mars. (PTI)
Somanath said the observation of the Martian dust storm from the MOM spacecraft gifted an understanding of the dynamics of the dust on the planet, as well as a potential mechanism of escape of the Martian atmosphere.
The Atmospheric optical depth was estimated with the help of the MOM observations and the studies reported the presence of lee- wave clouds above the southern wall of Valles Marineris.
The MOM spacecraft photographed, for the first time, the far side of Deimos, one of the natural satellites of Mars.
The mission could capture the full disc image of Mars because of its elliptical orbit and also generated an atlas of Mars with the help of the colour camera onboard the mission.
The mission also captured the time-variation of the Martian polar ice caps and measured the Martian apparent albedo that indicated the reflecting power of the Martian surface.
The mission also gave an opportunity to classify extra-terrestrial landslides using machine learning models.
During the meet, it was also presented that there has been a high demand for the Mars Orbiter Mission data globally.
So far, more than 7,200 users have registered to download the MOM data from the portal of the Indian Space Science Data Centre (ISSDC) and about 27,000 downloads of science data have been carried out so far. Among the registered users, about 400 are international users from 50 countries.
The mission has also contributed to Human Resource Generation in the domain of planetary sciences. It has generated several Ph.D holders, while many of the research scholars are using the data from the mission to pursue their doctoral work.
The deliberations during the national meet covered topics on the challenges faced by the Mars Orbiter Mission, lessons learnt from them, how to access the mission data from the ISSDC portal as well as a series of detailed presentations on the science outcomes by the principal investigator teams as well as the academia partners. (UNI)