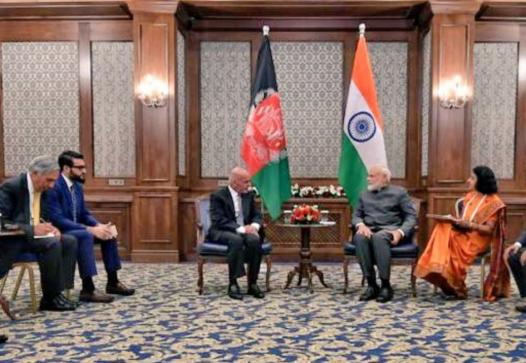 KABUL: Days after Pakistan was thwarted at UN stage, it’s northern neighbour Afghanistan on Monday lashed out at Pak’s US envoy for making ‘reckless, unwarranted and irresponsible statements’ on the Afghan peace process.
Reacting to the statement of Pakistan Ambassador Asad Majeed Khan where in he asserted that ongoing Kashmir tension could potentially affect Afghan peace process, Afghanistan lambasted Islamabad for misleading the world.
“Kashmir is a bilateral issue between India and Pakistan . We believe Pakistan’s motive and insistence to purposely tie Afghanistan to the Kashmir issue is a deliberate attempt to prolong the violence happening on Afghan soil. It is a poor excuse used by Pakistan to justify its inaction against Taliban and to avoid taking a decisive stance against the militant group,” the Afghanistan government said in a statement.
“On the contrary, Afghan stability is frequently threatened by Pakistan-based, sanctioned and supported militant and terrorist groups.These groups operate openly from Pakistan’s governed spaces and regularly spills over into Afghanistan that undermines Afghan security,” the statement said.
The Afghan government hopes that Pakistani authorities should address this problem by undertaking a sincere and forceful law and order measure through police actions inside Pakistan.
(AGENCIES)