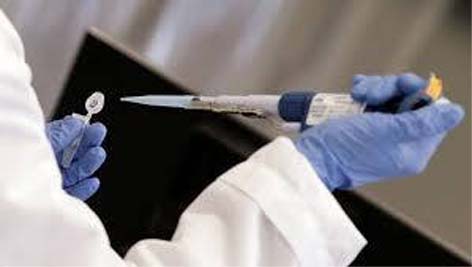 Global anxiety , concern and priority revolve presently around when , where and how a vaccine for the dreaded virus COVID-19 is found out. Almost all countries are , within their own limits and resources , pooling in their efforts to find out the effective antidote of this virus that infects and kills people across the globe almost daily in thousands. We in India, have added concerns in that not only are we too on the job, and if unconfirmed reports are given some credence , we may achieve a breakthrough but as and when a vaccine is found , its cost should be such that it was universally affordable . In other words, no one should be deprived of access to this vaccine due to certain disabilities on economic and other factors . It is this part of the problem , Prime Minister Narendra Modi has very eloquently touched.
India is ”blessed ” with a huge population and as and when a vaccine was found, we have to see whether such a large country was all in full preparedness . To take a review of the situation in context of the preparations, Prime Minister chaired a high level meeting recently which dealt with the areas that fell in the category of utmost priorities . We know man’s quest has been conquering such challenges as the one under reference which threatened the very survival of the human beings and did not rest until overcoming impediments in the way to usual normal day to day activities that got adversely affected with the impact of such challenges, we should not be caught unprepared , if not unawares in absolute sense. While it was imperative to be in full preparedness , at the same time it was to be ensured that all the citizens could afford this vaccine and that is what the Prime Minister has stressed upon. Certain issues that were related to the vaccination and allied matters needed to be lineated and those are how supply chains of medicines were managed, preference given to those who were at risk edges, coordination between different agencies involved in the entire process as also the role of the private sector.
However, who were among the general population the most vulnerable groups needed to be identified for early vaccination as we needed them healthy and normal in attending to and ensuring proper treatment and care of the sick and the infected. They are not hard to be identified as they are Doctors, nurses, healthcare workers, non medical frontline COVID-19 warriors and the like. The Prime Minister , underlying the dire need of vaccinating people , however, made it clear that the principle should be ”anyone , anywhere” and domicile like restrictions should not in any way be invoked . The three principles viz, the identifying the vulnerable groups, vaccination of all irrespective of at which and from which place , universal and affordable vaccination should be fully supported by the fourth principle of monitoring and supporting with the use of technology. Extensive use of technology was a guarantee of successful and efficient manner of carrying on with the vaccination exercise as technology formed the backbone of the national endeavour to have the population vaccinated.
It may be firmly deduced that the shocks which COVID-19 gave to the entire mankind across the globe in terms of death of precious human lives and destruction of economies are being felt with intensity day in and day out . It cannot be said for sure that by so and so date , we could get rid of the virus . In fact, embarking upon that exercise was based on just speculations. That is why most of the developed and affected countries including India , are concentrating on finding a vaccine for this virus. Once that was made possible, problems of availability, affordability and mobility were cardinal to accessibility to the vaccine for which full and foolproof preparations needed to be taken and that too, well in time. The crux of the PM’s message is all about that.