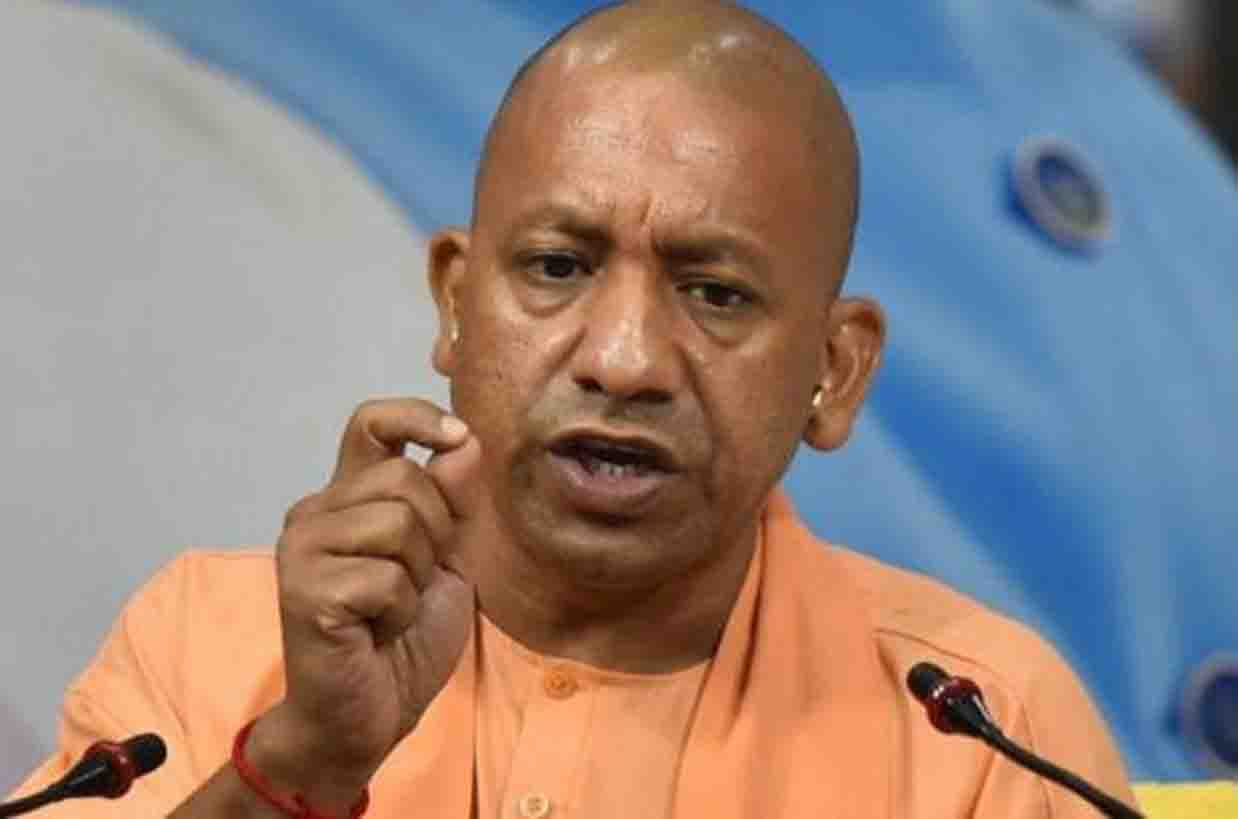 SONBHADRA, July 21: Uttar Pradesh Chief Minister Yogi Adityanath on Sunday met the families of 10 Gond tribals killed over a land dispute here four days ago, promising a slew of steps to help the community, and alleged that “sin” committed during the Congress rule was responsible for the present situation.
Adityanath enhanced the compensation from Rs 5 lakh to Rs 18.5 lakh each for families of the deceased and from Rs 50,000 to Rs 2.5 lakh to those injured in Wednesday’s clash and ordered completion of inquiry into the case from 1952 within 10 days.
Vowing to crackdown on land mafias, he said action against them will be taken under the stringent NSA and similar cases in the region will be probed.
He announced that houses, electricity and LPG connections, toilets and other amenities will be provided to improve living condition of families belonging to tribal and other marginalised communities in the district.
“This sin was committed during Congress tenure. Congress will have to pay for their sins. The land belonging to tribals was transferred in 1955 to the trust of the then Congress MLC. The investigation committee will also probe this,” he alleged stepping up his attack on the opposition party.
He also did not spare the SP and BSP, claiming that the accused have links to them and were involved in misuse of power when the two parties were in the government.
“A three-member committee has been formed under Additional Chief Secretary to inquire into the incident. Congress party and its policies have always been anti-tribal. Those who have up-rooted the poor from their land will not be spared,” the chief minister told reporters.
He said that other cases of Sonbhadra will also be investigated. “Full details of this case from 1952 will be examined, and report will be submitted in 10 days,” he said.
His remarks came as Congress leader Priyanka Gandhi Vadra, who had Saturday met the families from Sonbhadra after a day-long standoff with UP authorities which stopped her from going to the district, took a jibe at the chief minister over his visit, saying “acknowledging one’s duty is good”.
“Only when thousands of Congress workers and justice-loving people extended their support to the affected families of Umbha, then the Uttar Pradesh government felt that some serious incident has taken place. All the announcements, which have been made today, must be implemented at the earliest,” Priyanka tweeted.
The BJP and the Congress have been involved in a war of words over the incident with the ruling party accusing Priyanka Gandhi Vadra of shedding “crocodile tears” and indulging in “drama”.
Priyanka was detained on Friday after she insisted on going to Sonbhadra and stayed overnight at Mirzapur guesthouse, refusing an offer from local administration to furnish a personal bond and leave.
Pointing fingers at other opposition parties, the UP chief minister said, “The accused person is a party worker of the Samajwadi Party. He is in an active role in the Samajwadi Party.
“Apart from this, his brother is a BSP leader. All of them have been misusing power. Cases were filed against the poor by misusing power and actions were taken in favour of the then ruling party,” he alleged
The Chief Minister said the land mafia will be punished under National Security Act, a stringent law that allows preventive detention for months, if the authorities are satisfied that the person is a threat to national security or law and order
“The SP worker who is accused had also tried to capture the land of the people belonging to the Scheduled Castes. Apart from the incident, many cases have also come to notice and each and every case is being thoroughly investigated,” he said.
The SP, however, denied the charge saying the accused have no connection with the party. SP spokesperson Rajendra Chaudhary said, “Yogi Adityanath is trying to hide his failures by indulging in such useless talks.”
Adityanath said a separate committee is being formed for the Sonbhadra district, which will pay attention to the overall development of the district.
“Houses will be provided to members belonging to Scheduled Castes, tribals and Musahar caste people within a year. Toilets, electricity connections, gas connection, widow pension, Divyang pension will also be provided to eligible people. Ration cards will be made available to everyone,” he said.
He said that “wherever any anomaly was prima facie detected, action has been taken be it the tehsil level or in the police department”.
Adityanath said that a police outpost will be opened on the crime post and a fire station and an Aanganwaadi centre will be established in Ghorawal area.
He sought a proposal from the district adminstration for setting up a tehsil in Obra and blocks in Kon and Karma.
The UP chief minister said that within one month, all villagers will be given government accommodation facility in the district.
Strict instructions have been given to investigate this case with full transparency and the officials should submit their report within 10 days, he said.
Action will be taken against those found guilty in this case, Adityanath said, and added that effective measures will be taken to prevent occurrence of such incidents in the future.
Ten persons were killed and 28 injured in the clash on Wednesday after a village headman and his supporters opened fire on a group of tribals over a land dispute. (PTI)