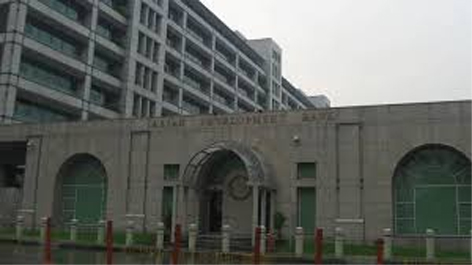 NEW DELHI, Feb 26: The Asian Development Bank (ADB) on Wednesday said it has raised Rs 850 crore (USD 118 million) from a new issue of offshore Indian rupee-linked 10-year bonds.
This represents ADB’s first new maturity raised in Indian rupees since 2017 and contributes to an established yield curve which stretches from 2021 through 2030 with Rs 7,240 crore (USD 1 billion) of outstanding bonds, said the multilateral lending agency in a statement.
ADB’s India rupee bonds have been a “game changer” for local currency operations, said ADB Treasurer Pierre Van Peteghem.
“Through issues like this, ADB contributes to capital market development, attracts foreign portfolio investment, and catalyses the financing of new ADB loans and investments in Indian rupees.
“On this occasion, we are also supporting the development of financial market infrastructure by listing the bonds on India International Exchange,” the official said.
The bonds bear a semi-annual coupon of 6.15 per cent and priced to yield 6.19 per cent. The bonds, which are denominated in Indian rupees, but settled in US dollars, were underwritten by JP Morgan and primarily distributed to investors in the Americas (21 per cent) and Europe (79 per cent).
By investor type, 28 per cent of the bonds were placed with banks and 72 per cent with fund managers.
The Manila-headquartered agency further said ADB will dual list its bonds on the Global Securities Market of India International Exchange at GIFT IFSC and the Luxembourg Stock Exchange.
ADB is a regular borrower in the mainstream international bond markets, but has also led issuances in developing Asian countries as part of efforts to promote local currency bond markets as an alternative to bank lending.
In 2019, ADB issued local currency bonds in Georgian lari, Indian rupee, Indonesian rupiah, Kazakhstan tenge, and Philippine peso. (PTI)