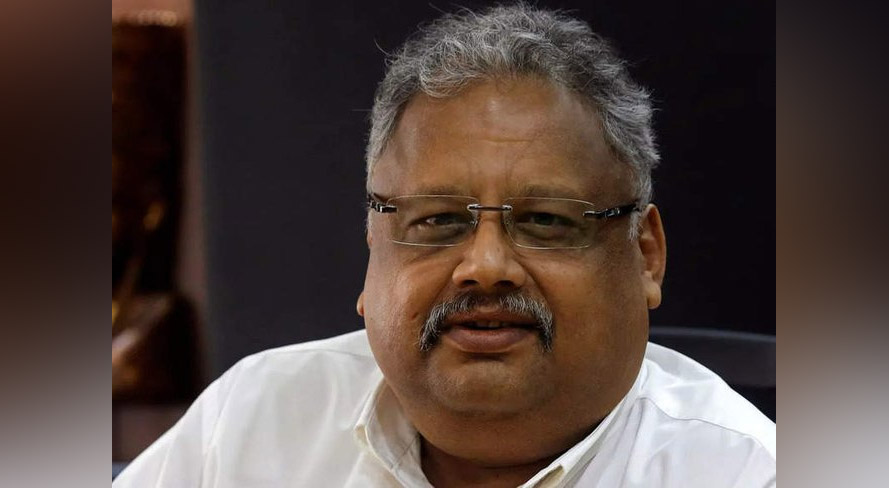 NEW DELHI, Aug 14: Veteran equity market investor and newly-launched Akasa Air founder Rakesh Jhunjhunwala passed away on Sunday in Mumbai. He was 62.
Popularly known as the “big bull” of the Indian stock market, he had multiple health issues. The promoter of Akasa Air, Mr. Jhunjhunwala appeared days ago at its public launch. He is survived by his wife and three children.
The reason for his sudden demise is yet to be know from the family. Mr. Jhunjhunwala had investments in several Indian companies and had made a fortune in the last two decades. He was known as the “Indian Warren Buffet” for his investment skills.
Several politicians, including Prime Minister Narendra Modi and Home Minister Amit Shah, and industry leaders paid tributes to Mr. Jhunjhunwala
Prime Minister Modi took to Twitter to pay tributes to Mr. Jhunjhunwala and offered condolences to his family.
“Rakesh Jhunjhunwala was indomitable. Full of life, witty and insightful, he leaves behind an indelible contribution to the financial world. He was also very passionate about India’s progress. His passing away is saddening. My condolences to his family and admirers. Om Shanti,” PM Modi wrote.
Finance Minister Nirmala Sitharaman said she fondly remembered several conversations with Mr. Jhunjhunwala and said he had strong beliefs in India’s strength and capabilities.
“Shri Rakesh Jhunjhunwala is no more. Investor, bold risk taker, masterly understanding of the stock market, clear in communication- a leader in his own right. Fondly remember several conversations we’ve had. Had strong belief in India’s strength and capabilities. Condolences,” he tweet read.
Mr. Shah Mr. Jhunjhunwala will always be remembered for his bullish outlook. “Anguished to learn about the passing away of Rakesh Jhunjhunwala Ji. His vast experience and understanding of the stock market have inspired countless investors. He will always be remembered for his bullish outlook,” he tweeted.
“My deepest condolences to his family. Om Shanti Shanti.”
Union Commerce and Industry Minister Piyush Goyal also condoled the demise of the ace investor. Taking to the microblogging site, Mr. Goyal said Mr. Jhunjhunwala was an inspiration for wealth creation for crores.
“Deeply anguished at the demise of veteran investor Rakesh Jhunjhunwala. He was an inspiration for wealth creation for crores. My heartfelt condolences to his family, friends and admirers. Om Shanti,” he wrote. (Agencies)