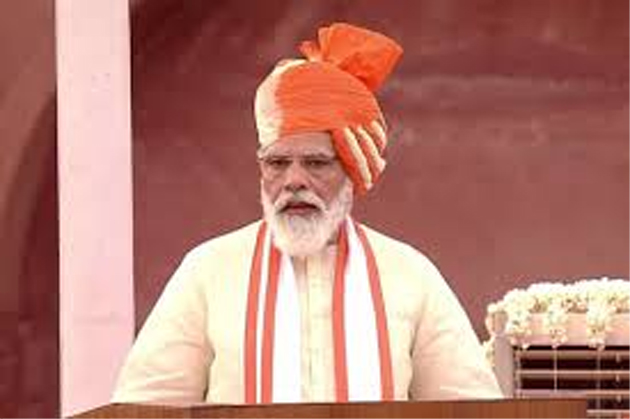 New Delhi : Prime Minister Narendra Modi on Saturday pitched for an Aatmanirbhar Bharat, saying “this dream and aspiration you are seeing turn into a mantra for 130 crore Indians” would be realised.

Addressing from the Red Fort ramparts after unfurling the tricolour on India’s 74th Independence Day, Mr Modi said “I am confident that India will realise this dream. I am confident of the abilities, confidence and potential of my fellow Indians. Once we decide to do something, we do not rest until we achieve that goal.”

Calling for making India produce goods and services for the world, he said “Today, many big companies are turning towards India. We have to move forward with the mantra of ‘Make for world’ along with ‘Make in India'”, he said, adding that history was witness that once India resolved, India does.

Mr Modi was delivering his seventh straight Independence-Day speech from Red Fort amid Covid-19 pandemic. More than 4,000 people, including members of the Union Cabinet, diplomatic corps and distinguished citizens were seated at Red Fort while maintaining social distancing.