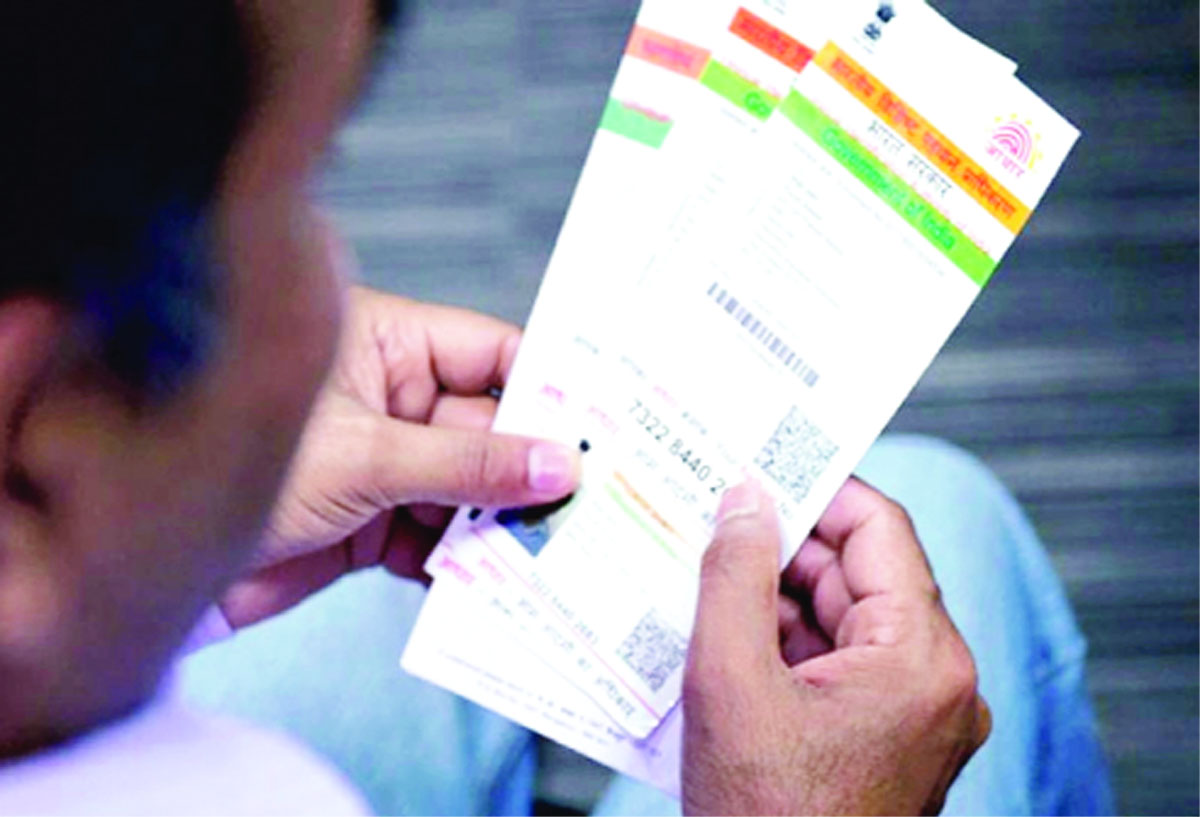 K Raveendran
Modi Government continues to push its programme for getting Aadhaar linked to social media accounts of users, such as Facebook, Twitter, WhatsApp etc., in the name of fighting fake news, defamatory articles, pornographic materials, anti-national and terror contents in the online media.
This was put forth straight by Advocate General K K Venugopal as he appeared on behalf of the Tamil Nadu government in a plea by Facebook to transfer cases filed in the High Courts of Madras, Bombay and Madhya Pradesh for linking social media accounts with Aadhaar on the ground that the issue needs to be settled at the level of the apex court. Also cited were the dangers from online games like Blue Whale, which had ‘terrorised’ parents and claimed several young Indian lives.
While the consideration at this point of time is procedural, the substantive points raised are of far-reaching implications. Both the submission of the AG as well as a remark made by the bench hearing the case point to more trouble ahead for the users of social media platforms.
The bench comprising A Bench comprising Justices Deepak Gupta and Aniruddha Ghose expressed concern over the dangers of the ‘dark web’ and expressed consternation at whatever is happening. “Though I do not know how to access it, I have heard about the dark goings-on in the dark web. It is worse than what happens [in the service web],” Justice Gupta said.
A nine-member Constitution Bench had declared privacy as a fundamental right associated with life and dignity under Article 21 of the Constitution. But relentless efforts on the part of the government to invoke national threats to undermine such right are causing concern. Also, some of the recent judgments in related issues point to the possibility that the privacy question may still be open to further scrutiny.
A three-member bench of the Supreme Court itself had ruled earlier this month that the fundamental right to privacy cannot be construed as absolute and but must bow down to compelling public interest. The verdict did not attract much attention due to its timing, but has thrown the floodgates open once more. Interestingly, Justice Gupta, who expressed concern over the ‘goings on in the dark web’ in the present case, was also a member of that bench. It also included Chief Justice Ranjan Gogoi.
The issue raised in the case was whether a judicial magistrate can order a person to give a sample of his voice for the purpose of investigation of a crime. The bench observed, “The issue is interesting and debatable but not having been argued before us it will suffice to note that in view of the opinion… the fundamental right to privacy cannot be construed as absolute and but must bow down to compelling public interest. We refrain from any further discussion and consider it appropriate not to record any further observation on an issue not specifically raised before us.”
If the court finally gives the nod to linking of Aadhaar to social media accounts, which is easier said than done, it will open up a Pandora’s box and will have global ramifications, as the social media platforms pointed out to the court. Advocates appearing on behalf of Facebook and WhatsApp raised the importance of privacy for them and asserted that they can only approach the issue from a global perspective.
There is certainly merit in their argument. While there are millions of assumed identities in all these social media platforms, there is no one-size-fits-all approach to deal with this problem. Facebook and other platforms have a large constituency in India, which may be their most important markets, but they have to see what the Indian requirements might mean to the rest of their users.
An easy solution is to make Aadhaar universal, on the lines of ‘vasudaiva kudumbakam’, but unfortunately neither the Indian parliament nor the Supreme Court of India has the means to do that. And even if linking of Aadhaar is made mandatory for creating social media accounts, there is the issue of how to tackle a borderless world wide web.
Otherwise, India will have to create something on the lines of the US Financial Task Force on Money Laundering (FATF) and get all nations to be signatories. Aadhaar will then become the symbol of universal identity, of which our ancient sages were the masters, a real re-discovery of the great Bharat that is an obsession with us.
As long as we are unable to achieve such greatness, there is nothing that can prevent even Indians assuming other identities, using the plethora of apps and tools that disguise geographical locations, and continue to do whatever they are doing. A better option perhaps is to remove our own vulnerabilities as a nation rather than try to tie the hands and plaster the mouths of everyone else. (IPA)