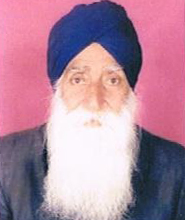 Rajesh Dutta
Sant Gurbaksh Singh Ji Danna (1919-2012), who left for heavenly abode on February 10, 2012 was a revolutionary soul, spiritually upright personality, he fought against unwanted rituals prevailing in the society throughout in his entire life, besides spreading the message of peace, universal brotherhood and Sikhism. He was the son of Sant Gurdit Singh Ji Danna and served the society till the last day of his life, became successor at the age of 17-18 years of Dera Sant Pura Danna in Muzzafrabad now in (POK) & after partition of India in (1947) settled at Jammu.
To pay real tributes to this great saint for his contribution towards Dera Sant Pura Danna Muzzefrabad, it is important to highlight the reforms initiated by him for the welfare of the society in POK and after partition in Jammu and Kashmir and others parts of country.
Lover of Literacy
Before partition, there was illiteracy among masses particularly in the far flung areas of India and Pakistan. Moreover, there was no High School available in such downtrodden villages where children had to cover 10-12 km daily to get education. High Schools were available only in Muzzafrabad city & Chhakar. The High school of Chakkar (established by the noble efforts of Akali Kour Singh Ji) was the only school at that time, where arrangements of boarding/lodging were available free of cost and students of different sections from far flung areas of Poonch and Muzzafrabad got education.
Sant Ji noticed this problem seriously for coming generation and took initiative for providing maximum education among masses. It is due to the efforts of Sant Ji that Middle School Danna was upgraded to High School, now there is a college which imparts education to students in different fields.
Sant/Sipahi
Sant Gurbaksh Singh Ji was a great warrior and played memorable role to save thousands of lives during partition.
Sant Ji left no stone unturned while performing their duties either in the upliftment of religious, political or social activities during his entire life. Sant Ji was well known by Government machinery and initiated various bold steps for allotment of land for refugees by pleasing the government. After recognizing various places, available land was allotted to the refugees at different villages of Jammu, Udhampur and Kathua districts while Sant Ji himself got a piece of land at Marh Bagh, Jammu with other family members.
He was also instrumental in getting land allotted to 500 families that were shifted to Rajasthan.
Power of Gursikh’s Ardass.
Sant Ji was a supreme soul and one of the important works he had done during his life was Ardass, only for childless couples. This is the main reason for which famous shrine of Dera Danna at Jammu was famous all over the world where hundreds of couple have taken such fruit from the Ardass of Sant Ji. When any childless couple came to Sant Ji, he simply arranged Ardass and get promise from the sufferer that they must arrange Sri Akand Path Sahib in the Dera to thank the Akal Purkh (God) after being blessed.
Dharam Parchaar after settlement at Jammu
First of all, after settlement at Marh Bagh Jammu Sant Ji with the help of villagers established Gurdwara in the village for fulfilling the needs of devotees. To spread the message of universal brotherhood, Sant Ji also started Samagam at Marh Bagh like Muzzafrabad before partition in which Ragi Jathas and prominent Sikh religious preachers delivered sermons.
Establishment of schools
To promote education, Sant Ji got sanctioned Boys middle School at Marh which later on was up-graded to High School and now 10+2. After that, he knocked the doors of Government for Girls High School and got the permission. Due to his effortless struggle, Government took several initiatives at Marh Bagh where Block Development Office and a hospital were established while roads, electricity and water connectivity has been improved.
Establishment of Dera Sant Pura Danna Guru Nanak Nagar, Jammu
In order to promote the religious activities, Sant Ji helped construct Dera Sant Pura Danna Gurudwara at Nanak Nagar, Jammu. Sant Ji started the work of Gurdwara by laying down the foundation stone for which money was collected with love and affection from all the residents of Nanak Nagar, Jammu outside state and abroad. Ultimately, a shining Gurdwara was constructed in the heart of Guru Nanak Nagar where Sant Ji visiting two days in a week from Marh Bagh and blessed the followers.
Naujawan Sabha Dera Danna Nanak Nagar.
A Naujawan Sabha was created with the efforts of Sant Ji in Gurdwara Dera Sant Pura Danna Guru Nanak Nagar to prepare them for doing good things and bear good moral character for the integrity and prosperity of the country.
Besides this, Sant Ji succeed to establish Istri Satsang Sabha Dera Danna (Ladies- Wing) to keep the ladies to play a beautiful role for upliftment of Sikh religious activities at Gurdwara Sant Pura Danna Nanak Nagar.
A Community Hall/Langar Hall was also constructed at Gurudwara for marriage ceremonies particularly for poor and needy families by Sant Ji.
Sant Ji was also remembered as bigger donor in the history. Sant Ji on realizing that his journey on this planet is coming to end one day donated his residential accommodation for the welfare of Sikhism and the population living below poverty line. 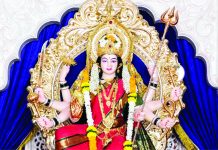 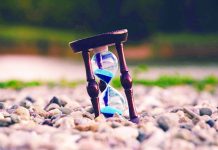 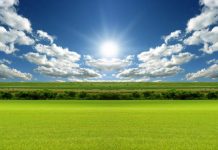 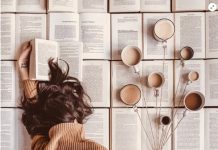 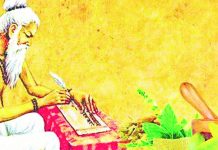 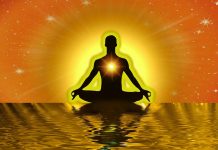 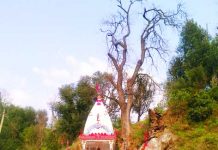 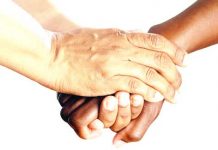