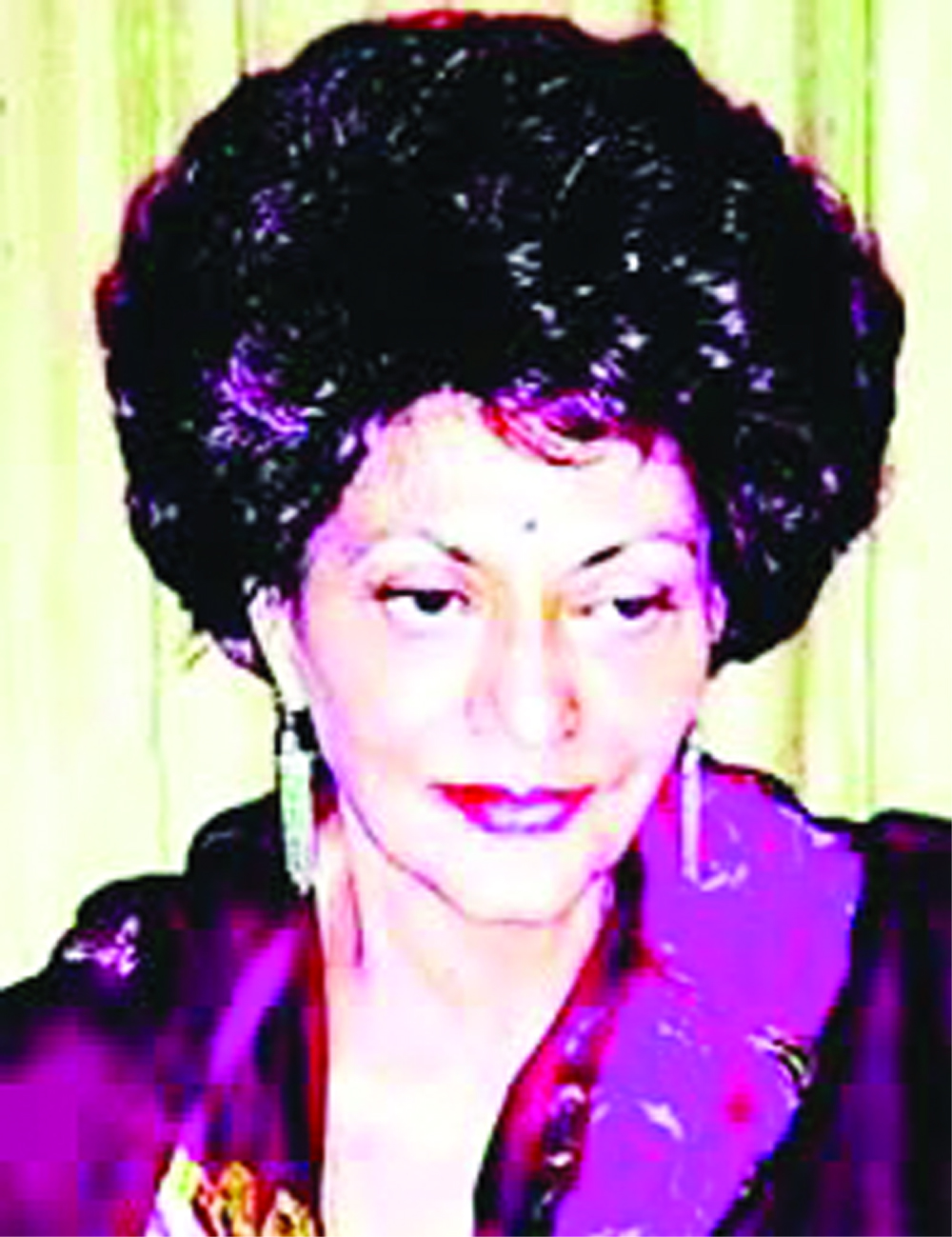 Ravi Rohmetra
Maharani Yasho Rajya Lakshmi bestowed with a charming behavior and attitude even towards the ordinary people enhanced her manifold. Her love and affection for the needy and deep interest in their welfare, no matter how they are affected became life long mission and led her to be involved in various social activities.
24th May 2009 was indeed a sad day for many people, particularly the people living in Jammu and Kashmir and Delhi because on that day the erstwhile Maharani Yasho Rajya Lakshmi, wife of Padma Vibhushan Dr. Karan Singh shed her mortal frame and became a part of the cosmic soul. Maharani Yasho Rajya Lakshmi was an idol of beauty, prosperity, love and affection and social worker devoted to the causes of welfare of widows, orphans, the poor, deaf and dumb and the weaker sections of the society. Maharani Yasho Rajya Lakshmi was born in a Royal Family of Sir Mohan Shamsher Jang Bahadur, last Rana Prime Minister of the Kingdom of Nepal on 9th January 1937. Her father was General Sharda Shamsher Singh. At her minor age of 13 years on 5th March 1950, she was married with the son of the Royal House of Dogra Ruler Maharaj Hari Singh ( Prince Karan Singh Bahadur Ji of 19 years) Both these Royal families deemed themselves as the successors of Rajputana ” Kachawaha” and “Sisodia” dynasties. The ancestors of Jammu Royal family ” Kachawaha” were the rulers of Jaipur while the ancestors of royal family of Nepal “Sisodia” were the rulers of Udaipur. But due to long stay at two different places of Jammu and Nepal, difference of language and culture was a reality in both the families. This was a great change for Yasho Rajya Lakshmi who was Nepali speaking grew up with five brothers and sisters and her tie with an unknow person speaking other language was not an easy task. Lessons in English from Hanley and in painting from Lillian Purbi supported by her caring husband soon she became proficient in her official duties as well as of a hostess. Both wife and husband had a brief meeting before marriage for a short while of half an hour. The marriage was solminised with full religious fervour as well as according to the traditions of Nepal and Dogra. By this two nations got relations. Life partner of Maharaja Sahib, Maharani Yasho Lakshmi started working for the welfare of the poor, needy, deaf and dumb, widows, mentally retarded children, blind, both in Jammu and Kashmir as well as in capital city of India Delhi. This type of service has not been undertaken by any other religious or social society. Whatever Maharani Yasho Rajya Lakshmi did socially or religiously was a selfless service but it was all for her own satisfaction and object of social service. Maharani Yasho Rajya Lakshmi in addition to enjoying her married life with successor of Dogra rulers, Central Government Minister, member Parliament Dr. Karan Singh continued her higher studies despite being a Nepali National and in a short span of time learnt Dogri and Hindi languages, on hearing her Dogri language nobody could say that she was a Nepall language knowing personality. She continued to work for the welfare of needy and the poor during the period. She was undergoing studies besides being Chief of the J and K Social Welfare Board.
During Indo-Pak war of 1965, she under took various welfare activities for the army personnel. She spent hours together with the army personnel in trying circumstances, distributing commodities tirelessly. Maharani Yasho Rajya Lakshmi since her beginning was familiar among women though being a bridegroom of Royal family she used to live in simplicity. Maharni was a disciple of MaaDurga and she had full faith in Maa Durga. During the year 1979 Dr Karan Singh and Maharani Yasho Rajya Lakshmi installed the idol of Natraj in the complex of Raghunath Ji Temple Jammu. A very good judge of people, she was a constant companion to Dr Karan Singh during his long and arduous election compaings in the constituency of Udhampur and Kathua. Mingling with older people especially ladies, she ensured their support for her husband. Maharani Yasho Rajya Lakshmi was the organiser of Ladies Clubs in J and K Chief of the Delhi Hospital Welfare Society and organiser of Dharmarth Trust J and K, besides being Chairperson of Kashmir Women’s Industrial Units, Chairperson of Maharaja Gulab Singh Memorial Trust, Patron of Deaf and Dumb Societies and Mentally Retarded. She was managing these different societies smoothly. In the sad demise of Maharani Sahiba, the State in particular has suffered a setback. Though Maharni Sahiba is not physically with us but the works she did for the poor needy, handicapped, orphans, and deaf, dumb, blind, suffering widows, physically and mentally retarded children will be remembered by us till these works continue to run. Due to untimely death of Maharani Yasho Rajya Lakshmi Dogra community has suffered irreparable loss. Her idols will give us a feeling of her being alive but her loss will make us feel a lot.
MONUMENTS
” In the memory of Maharani Yasho Rajya Lakshmi 24th May 2012 on the day of her third death anniversary Smt. Sheila Dikshit Ex. Chief Minister of Delhi inaugurating Yasho-Karn Park at the backside of historic Shri Rabireshwar Temple accompanied by Dr. Karan Singh, Chariman Trustee, J&K Dharmarth Trust Council and Member Parliament. I am sure that the Park by becoming an attraction for tourists as well as citizen of Jamu will always keep the memor of the Late Maharani alive.
” Dr. Karan Singh, Chariman Trustee, J&K Dharmarth Trust Council, on dated 17-03-2013 at Kankhal, Haridwar reconstructed old Shiv Mandir and started Maharani Yasho Rajaya Luxmi Sanskrit Partshalla in this old Temple.
In the end I may say:
“Chaman Mai Gul Khiltay, Nahi Sabi Ka Liyay,
Yahan Bhahar Aati Hai Kisi Kisi Ka Layay,
Tumaharay Janay ke baad, andhera rahega mahafil mai,
Hazaroon chirag jalanay, padangey Roshni kaliyay,
Yoon to sadaiv yahan rehnay nahi aata koi,
Jaisay achanak Maharani Sahiba Aap Chalay gaye, vaise jaati nahi koi”.

The havoc of fake FIRs

When COVID-19 pandemic will end?