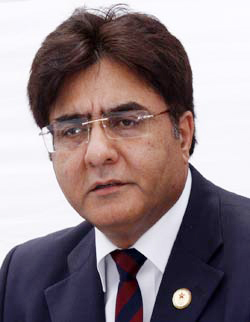 NEW DELHI: Former Jammu and Kashmir police chief Kuldeep Khoda has warned of a “cult” being born in the State with more educated youths getting enthused to join militancy and picking up the gun becoming an “attractive and glamorous” option.

The “dimensions and dynamics” of terrorism are changing, Khoda, the longest and amongst the most successful police chiefs of the State, has said in a blog.

Examining the reasons for increasing number of youths joining militancy, he said, “When political grid is inactive, even if security grid gets results, common man on many occasions becomes a victim of favoritism and nepotism. Frustration of common man with the system he is in, has to find an exit route.”

In other states, he added, where system failures may be more acute, the exit route for frustration takes the form of dharnas, strikes, arson and the like.

“But in the Valley, with militancy now firmly entrenched for the last three decades, taking up the gun is not only a readily available option but an attractive and glamorous one as well,” said Khoda, who served as Chief Vigilance Commissioner of the State before retiring last year.

The glamorisation of militancy has attracted many well educated boys into its ranks, he said. (AGENCIES)