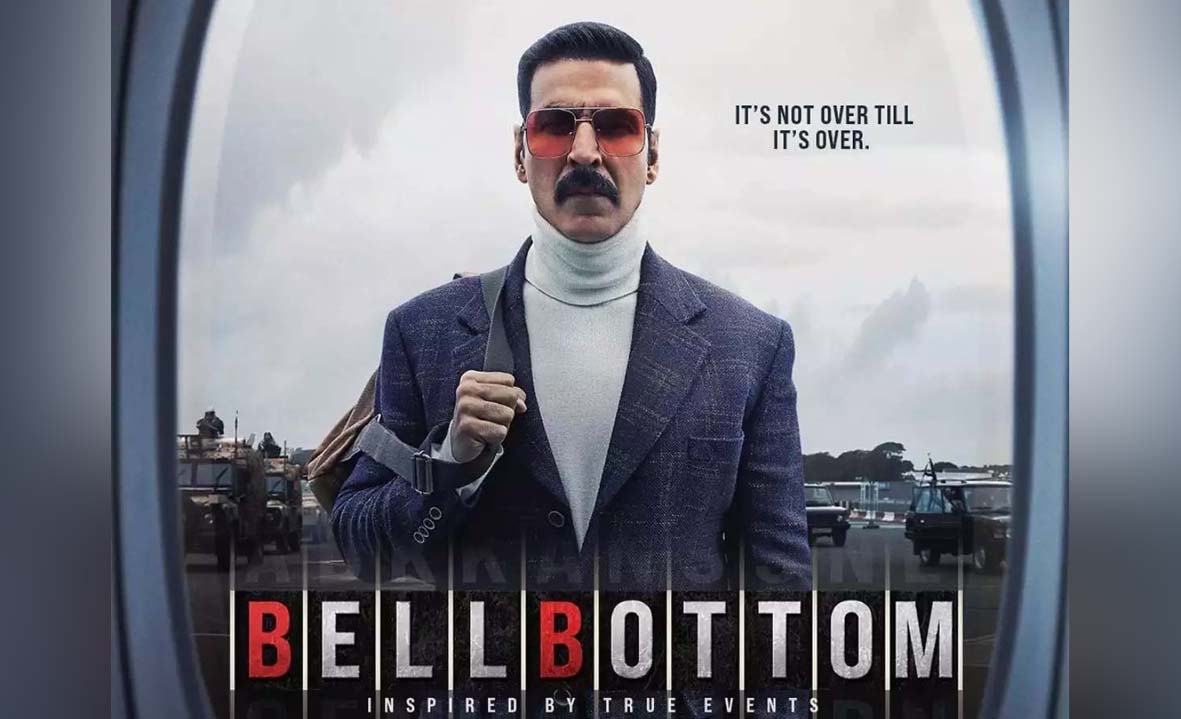 BELLBOTTOM is an espionage thriller, inspired by a true event. On August 24, 1984, ICC 691 flight takes off from Delhi and gets hijacked. This is the 5th hijack in 7 years. In the past, the hijackers landed their plane in Lahore, Pakistan, after which the Pakistani authorities negotiated and managed to get a safe release for the passengers. This time, too, the flight moves to Lahore. Prime Minister of India, Indira Gandhi (Lara Dutta) is all set to negotiate. But she is stopped by a RAW agent, Anshul Malhotra aka Bell Bottom (Akshay Kumar). He has done extensive research on the past hijack operations. He is confident that ISI is the mastermind of the hijack episode. Indira Gandhi and her core team at first doesn’t believe him. But he proves it to them the truth. Indira Gandhi then gets a call from the President of Pakistan, Zia-ul-Haq, to ask Indira if he can go ahead with the negotiations. On the advise of Bell Bottom, Indira tells Zia-ul-Haq not to negotiate. The Pakistan President is taken aback by this conduct. The ISI then sends one of their best men, Daljeet Singh aka Doddy (Zain Khan Durrani) to take over the hijack operation from Lahore. For Bell Bottom, Doddy is someone he personally detests and with whom he has a past. What happens next, forms the rest of the film.
Aseem Arrora and Parveez Shaikh’s story is fantastic and well researched. It also tells about an important event in history which many might not know about. Aseem Arrora and Parveez Shaikh’s screenplay is effective and tight. However, the film could have been tighter in the first half. The dialogues are simple and some of them will create frenzy in cinemas. But a few technical dialogues might go bouncer for the mass audiences.
Ranjit M Tewari’s direction is supreme and he seems in great form as compared to what he was in his last film LUCKNOW CENTRAL [2017]. He tries his best to keep the film as simple and gripping as possible. He also keeps in mind that it’s a commercial film which needs to work pan India. In this regard, he comes out with flying colours. The first half is where the build up happens and here the film is devoid of action or tensed moments. Yet, he attempts to ensure that audiences have a gala time. He reserves the best for the second half with the climax being the best part of enterprise. On the flipside, the first half, though interesting, could have been better. Also, it’s a 3D film but it doesn’t have the typical 3D effects.
BELL BOTTOM starts off with the hijack episode. The entry of Akshay Kumar is superb. The flashback portion are fine; it might seem to halt the narrative but it helps audiences in understanding Bell Bottom’s past and why he joined RAW in the first place. The intermission point is clapworthy. The second half is where the agents reach Dubai airport and try their best to succeed in their mission. A few places, the film slips and drags but it picks up very well in the middle of the second hour. Two twists in the tale at this point adds to the fun.
Akshay Kumar is in top form, as expected. He looks dashing and gives a subtle yet massy performance. Lara Dutta is the first one to be credited in the opening credits and she surely is one of the strengths of the film. Her scenes are dramatic and she gives her best. Vaani Kapoor is lovely in a small but significant role. Huma Qureshi is fair, but her character seems half-baked without back story. Zain Khan Durrani is great as the antagonist. Adil Hussain is first-rste, while Denzil Smith gets no scope. Dolly Ahluwalia (Bell Bottom’s mother) is adorable. Mamik Singh (Aashu) is okay.
Music doesn’t fit well into the film. ‘Khair Maang De’ and ‘Marjaawaan’ are visually great. ‘Sakhiyan 2.0’ is not there in the film. ‘Dhoom Tara’ is like the theme song and enhances several scenes.
Daniel B George’s background score is exhilarating and also has the vintage feel. Parvez Shaikh’s action is limited but it is impactful. Amit Ray and Subrata Chakraborty’s production design is reminiscent of the bygone era. Costumes are realistic. The ones worn by Vaani are appealing. VFX is overall satisfactory though a few scenes are not as real. Chandan Arora’s editing is neat.
On the whole, BELL BOTTOM is a complete entertainer meant for the big screen. Kudos to Akshay Kumar, Vashu Bhagnani and the entire team for pulling off a film of this scale in the pandemic and also releasing it when cinemas haven’t opened everywhere. Definitely a step forward as far as the revival of the film industry is concerned.
Courtesy: https://www.bollywoodhungama.com/