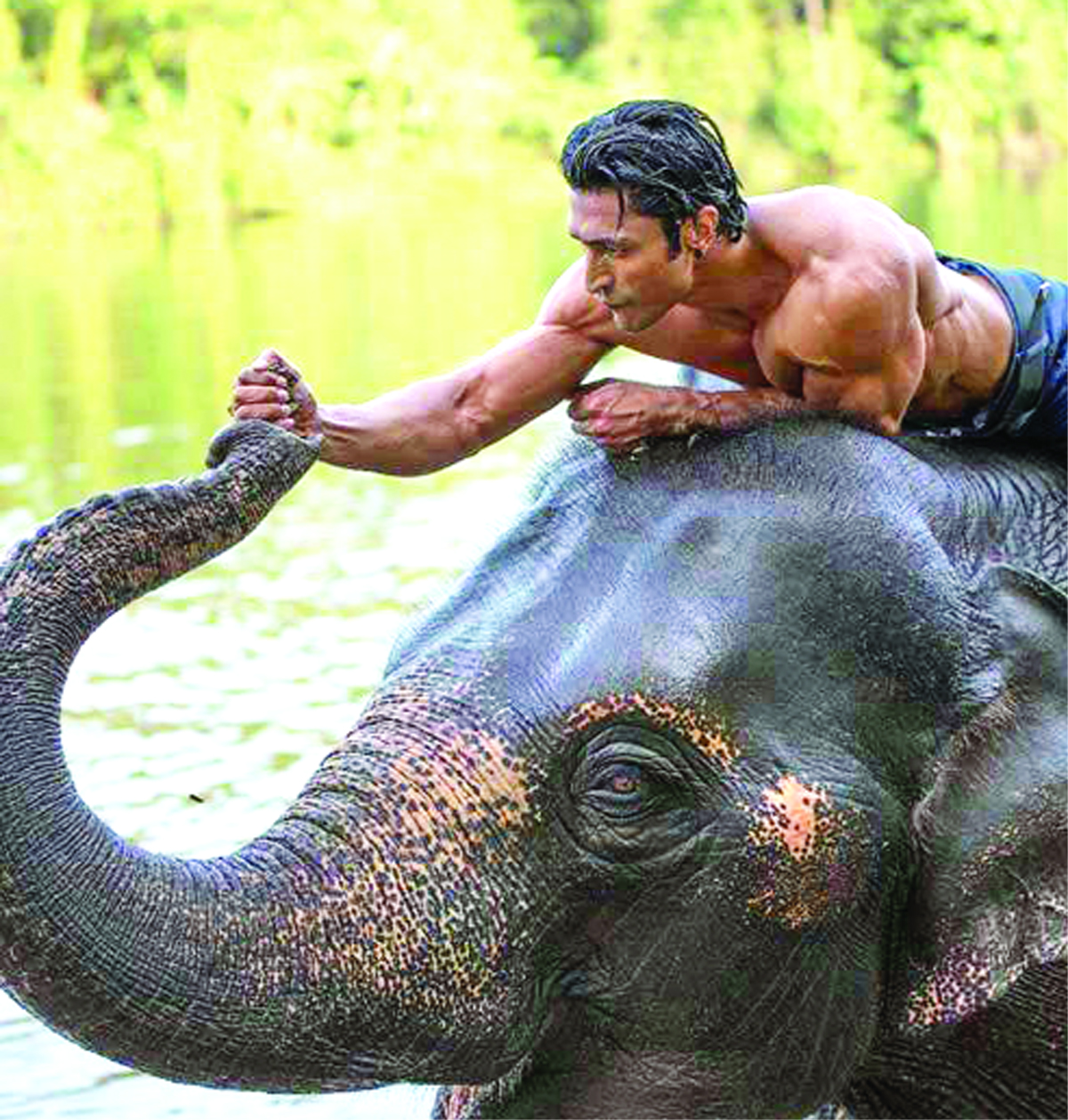 JUNGLEE is the story of a vet trying to fight an international poacher’s racket. Raj Nair (Vidyut Jammwal) is based in Mumbai and is a renowned veterinarian. He has an estranged relationship with his father, Dipankar (Vijaya Kumar Arcot Ramachandran), who runs Chandrika Elephant Sanctuary. Their relationship soured 10 years ago after Raj’s mother passed away. On her 10th death anniversary, Dipankar requests Raj to come back. This time, Raj agrees and he’s accompanied by journalist Meera Rai (Asha Bhat), who wants to interview Dipankar for his contribution in safeguarding elephants. Raj is welcomed with open arms by his childhood friend Shankara (Pooja Sawant), who’s also a female mahout. Meanwhile, Kotian (Atul Kulkarni) is a poacher working for a client in Taipei. They realize an elephant in the sanctuary, Bhola, has unusually large tusks. If they manage to retrieve it, they can get amazing returns for it. Kotian accepts the assignment and after a thorough recce, he attacks Bhola at night. Dipankar however reaches the spot and Kotian kills him. The goons working with Kotian also kill Bhola and escape with his tusks. Raj too goes to the rescue of Bhola but is defeated. What happens next forms the rest of the film.
Rohan Sippy, Charudutt Acharya, Umesh Padalkar and Ritesh Shah’s story is poor and dated. The only plus is that it educates audiences about the horrors of poaching and wildlife conservation. But audiences also need entertainment along with enlightenment and that’s where this film falters. Adam Prince and Raaghav Dar’s screenplay is ineffective for most parts. There’s a lot the screenwriters could have done here but they don’t and it’s a loss of a golden opportunity. Akshat Ghildial and Suman Adhikary’s dialogues are nothing special and some of them are even awkward.
Chuck Russell’s direction is shockingly bad. One expected this director from Hollywood would work his charm and entertain audiences. Instead, he makes a mess. He takes too much time to establish and build up. It’s still fine for the scenes of Raj bonding with the elephants as it has novelty value. However, the sequences of Raj and his father are very unconvincing and looks staged. Also, he goes overboard while depicting the Indian culture and customs. In this regard, there are some ridiculous developments in the second half which would leave the audiences shocked. It’s unbelievable how it got approved in the first place.
JUNGLEE is just 115 minutes long and that’s a big advantage. The beginning portions, depicting the sanctuary and presence of poachers is neat and sans complaints. Raj’s entry sequence and the fight scene at the skywalk are also decent. One expects fireworks once he reaches the sanctuary. His scenes with Bhola and a female elephant, Didi, are also quite good. But the film drags a lot out here with nothing much happening. In fact, this goes on for a long time till the pre-intermission point. The interval point is a shocker and gears up audiences as they anticipate a roller-coaster ride from hereon. But sadly, apart from Raj’s escape from the prison, no scene really makes a mark. The film also gets silly and ridiculous here. The sequence where Raj imagines talking to Lord Ganesha is when the film touches a low. The finale is also nothing special.
Talking of performances, Vidyut Jammwal’s performance is nothing great but he has a fine screen presence and that helps. Also, his action scenes are always first-rate. Pooja Sawant looks stunning and arguably is the best performer of the film. Asha Bhat keeps her performance controlled thankfully. Makrand Deshpande (Gajja), on the other hand, hams like anything. Atul Kulkarni is passable. Vijaya Kumar Arcot Ramachandran gives a decent performance. Akshay Oberoi (Dev) is sincere, in a special appearance. Vishwanath Chatterjee (Inspector Khan) is quite theatrical. Rohan Joshi (Jayesh) tries to be funny and fails. Same goes for Lars Kjeldsen (Vane; villain in Taipei). Agnelo Chang (Mr Sinaki; buyer of the tusks) and Ania Zeyne (Crimson lady) push the envelope when it comes to giving the worst performances of the year.
Sameer Uddin’s music doesn’t work. ‘Dosti’ is sweet and is well shot. ‘Fakeera Ghar Aaja’ could have been touching but it comes at a time when the film is really dragging. ‘Garje Gajraj Hamare’ is played in the end credits. Sameer Uddin and Tanuj Tikku’s background score is better and has that big-screen appeal. Mark Irwin and Sachin Gadankush’s cinematography is average in most scenes. Also, too many long and bird’s eye view shots are used and it kills the impact. Chung Chi Li, Parvez Shaikh and Seayoung Oh’s action is entertaining. Special mention should also go to Vidyut Jammwal’s additional action choreography and it adds to the film. Mukund Gupta’s production design is a bit unreal but works nevertheless. Urvashi Shah, Anirudh Singh and Dipika Lal’s costumes are glamorous. NY VFXWala’s VFX leaves a lot to be desired. And it’s very bad in the Lord Ganesh scene. Jayesh Shikarkhane and Vasudevan Kothandath’s editing should have been sharper in the first half.
On the whole, JUNGLEE is a clichéd revenge drama and reminiscent of the 80s and 90s action fare. The use of elephants might attract a section of audiences but in the long run, it’s bound to suffer at the ticket windows.
Courtsey :https://www.bollywoodhungama.com/