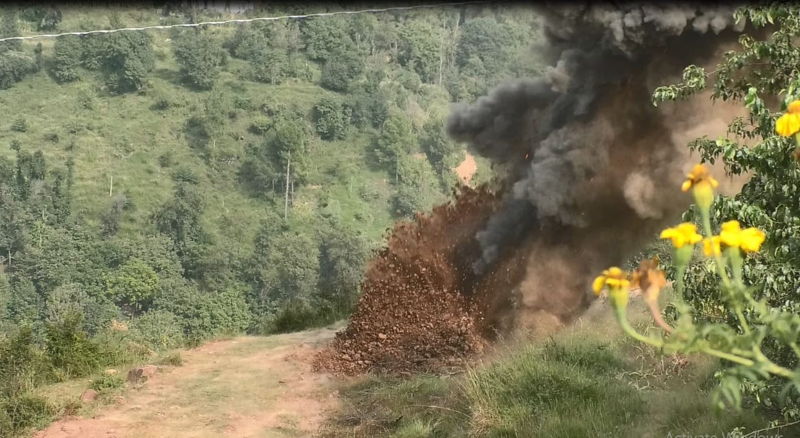 Excelsior Correspondent
MENDHAR, Sept 18: At least nine live shells fired by the Pakistani troops on the civilians areas in the villages in Balakote area were defused by the Army authorities today.

Click here to watch video
Official sources said that during heavy shelling by the Pakistani troops in Balakote sector of Mendhar during past two days, several unexploded shells had been lying in the fields and other civilian areas at Basuni , Sandote and Balakote. The people were terrorized with the presence of live shells near their homes. They told the Army authorities about it.
Today, the Army team of experts defused nine live shells. The people of the area have been asked to remain vigilant as there may be some more such live shells in the fields and nearby forest area.