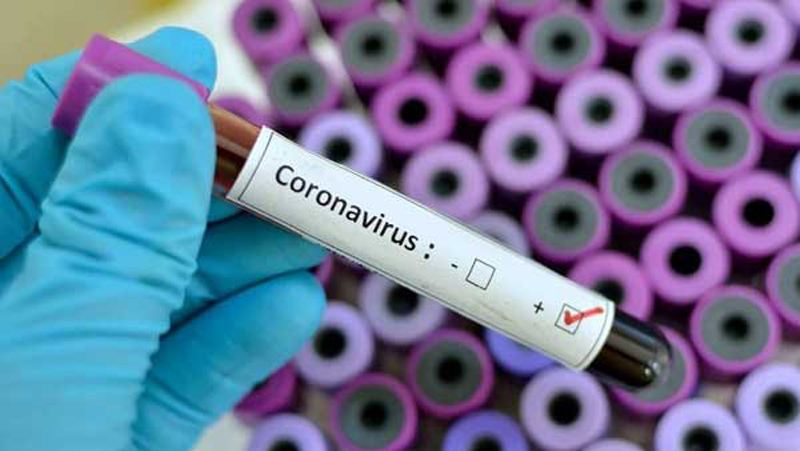 12 from Sarwal, many from families test +ve

Excelsior Correspondent
JAMMU/SRINAGAR/ LEH, Nov 30: Nine persons died of Coronavirus in Jammu and Kashmir including six in Jammu region, two of them women, and three in the Valley while 370 persons tested positive for the virus and 483 others recovered.
The Union Territory of Ladakh reported one COVID death and 12 new cases.
Twelve persons from Sarwal Colony, four of family in Gole Gujral, 3 members of a family in Subash Nagar and couple from Durga Nagar tested positive for COVID-19 in Jammu district.
Of six corona casualties in Jammu region, two each were reported from Jammu and Kishtwar districts and one each in Samba and Kathua.
A 38-year-old man from village Makwal in Billawar tehsil of Kathua district died of Coronavirus in the Government Medical College (GMC) Kathua. He had no other ailments.
A 62-year-old woman from village Keso Manhasan in Samba district succumbed to the virus in the Military Hospital Satwari.
A 42-year-old woman from Channi Himmat, who was suffering from hypertension and hypothyroid and was positive for pathogen died in the Government Medical College Jammu while 83-year-old man from Gole Gujral died of asthma, hypertension and COVID in the same hospital.
An 85-year-old from Kishtwar died of Coronavirus in the District Hospital Kishtwar while 44-year-old man from Pochhal Kishtwar died of the virus at home.
As many as 181 persons tested positive in the Jammu region including 81 in Jammu district, 26 Udhampur and 17 in Rajouri while 202 recovered from the virus, the highest being 90 in Jammu district and 48 in Udhampur.
Jammu region now has 44389 Corona cases. Among them, 2333 are active positives while 41466 have recovered from the virus and there have been 590 casualties in the region.
Jammu district has highest number of 300 Corona casualties followed by 56 in Doda, 49 each Rajouri and Udhampur, 37 Kathua, 32 Samba, 22 Poonch, 18 each Kishtwar and Ramban and nine in Reasi district.
One Corona casualty in the Union Territory of Ladakh was reported from Leh district taking death toll to 117—75 in Leh and 42 in Kargil.
Among 12 Corona cases in Ladakh, 11 were reported from Leh and one in Kargil.
Those who died in Kashmir today include one each from Budgam, Bandipora and Kulgam districts.
Those who tested positive include 84 from Srinagar, 18 Baramulla, 19 Budgam, 22 Pulwama, 6 Kupwara, 7 Anantnag, 8 Bandipora, 23 Ganderbal and 2 from Kulgam.
As per officials figures, 23,059 positive cases including 416 deaths and 21,519 recoveries are from Srinagar, 7,455 including 163 deaths and 6,984 recoveries are from Baramulla, 6,895 including 6,563 recoveries and 101 deaths are from Budgam, 5,109 including 4,873 recoveries and 86 deaths are from Pulwama, 5,198 including 83 deaths and 4,881 recoveries are from Kupwara, 4,553 including 4,356 recoveries and 78 deaths are from Anantnag, 4,418 cases including 4,223 and 51 deaths are from Bandipora, 4,207 including 3,973 recoveries and 38 deaths are from Ganderbal, 2,593 including 2,490 recoveries and 51 deaths are from Kulgam and 2,348 including 2,237 recoveries and 37 deaths are from Shopian.
With today’s fresh positive cases, the positive cases in Kashmir division have reached to 65,835 including 62,099 recoveries and 1,104 deaths.
There are 4,965 active cases in Jammu and Kashmir including 2,632 from Kashmir division.
With 483 more recoveries, the tally of total recoveries in Jammu and Kashmir has reached 103,565 which is 93.95 percent of the total cases.