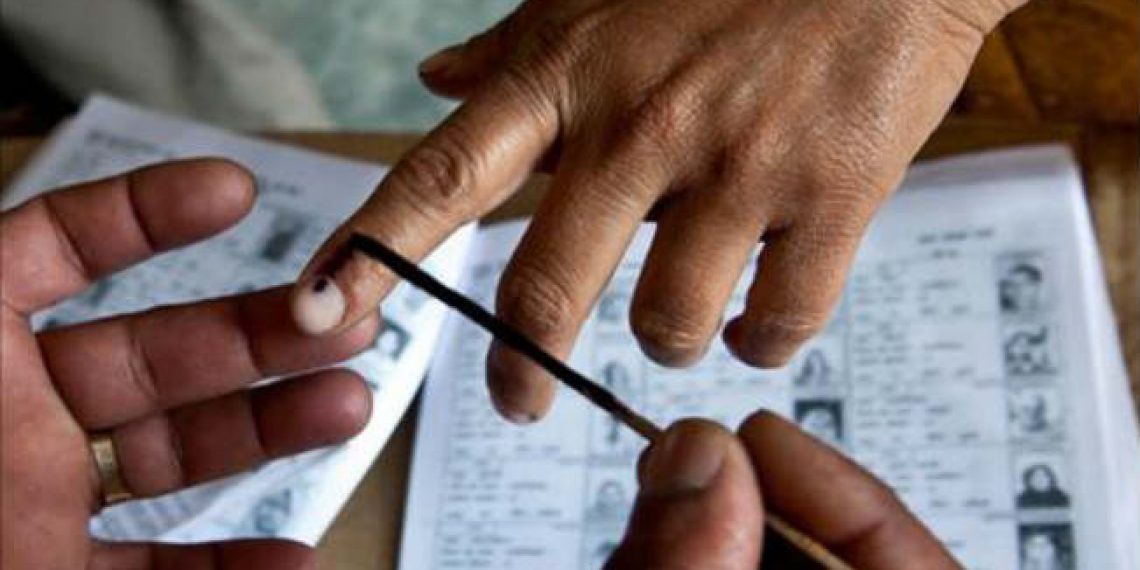 Excelsior Correspondent
JAMMU, Nov 30: As many as 7156 candidates are in the fray for 406 Panchayats including 406 Sarpanch and 2277 Panch constituencies in Phase-VI, the elections for which will be held tomorrow at 3174 polling stations including 410 in Kashmir division and 2764 in Jammu region.
In the sixth phase of elections, 111 Sarpanchs and 1048 Panchs have already been declared elected as unopposed.
According to Chief Electoral Officer, Shaleen Kabra, 771 polling stations have been categorized as hypersensitive including 410 in Kashmir division and 361 in Jammu region.
A total of 5,97,396 electorates are eligible to exercise their right to franchise for Sarpanch constituencies and 4,57,581for Panch segments.
The Election Authority has distributed Photo Voter Slips among the voters to inform them of their polling stations.
In Poonch district, re-poll for Sarpanch seat in Sanai Panch Halqa of block Surankote witnessed a turnout of 79.78% and deferred polling in Panchayat Halqa Nonabandi recorded voting percentage of 92.23.
In Phase-IV, the State witnessed a polling percentage of 71.3, including 82.4 in Jammu division and 32.3 in Kashmir region. In Phase-III, the State had a polling percentage of 75.2 which included 55.7 in Kashmir division and 83 in Jammu region.
In the Phase-II of Panchayat polls held on November 20, overall 71.1% polling was witnessed across the State with an overwhelming 80.4% in Jammu division and 52.2% in Kashmir region.
Similarly, in the Phase-I of Panchayat polls held on November 17, 74.1% polling was recorded across J&K including 64.5% in Kashmir division and 79.4% in Jammu region.
Kabra said results have been announced for all these phases by the concerned Returning Officers.
He said the orders have been passed in various complaint cases as well as directions of the courts and wherever necessary notifications reappointing the election schedules have been issued.
“All such orders/notifications are available at website of CEO J&K,” he said.
Kabra said Basic Minimum Facilities (BMF) have been ensured in all the polling stations across the State for Phase-III. Photo Voter Slips have been distributed among the voters to inform them of their polling stations.
He said senior Government officers have been appointed as General Observers to oversee the smooth, fair and orderly conduct of Panchayat elections. Also, Expenditure Observers are keeping a watch on expenditure by the candidates. In addition, for the poll day, Micro Observers have been placed in polling stations, particularly those considered hypersensitive. Besides, the Zonal and Sector Magistrates too have also been deployed.
The CEO said Control Rooms have been established in all the districts across the State to respond promptly to any complaints of violation of the Model Code of Conduct as also to disseminate information to the public.
The Chief Electoral Officer appealed the voters to come forward and exercise their right to franchise in order to choose their local self-government to address their local needs.