Students and the woman attendant — Geeta Chauhan — suffered minor injuries on their hands, legs and face in the incident, they said.

Twenty-seven children on board the school bus were rushed to Mehta Hospital and Kapoor Nursing Home with the help of locals from where they were discharged after treatment and first-aid, the official said.

“We received a PCR call at about 7.12 am regarding an accident near Sagar Ratna signal. On reaching at the spot, we found that a cluster bus had hit a bus which was carrying children of Salwan Public school in Rajendra Nagar,” a senior police official said.

On the statement of a witness, a case has been registered under sections 279 (rash driving) and 337 (causing hurt by act endangering life or personal safety of others) of the Indian Penal Code, the official said.

The driver of the cluster bus, Parbhat Malik has been arrested and further investigation is underway, the police said.

The mother of a class 6 student, who did not wish to be named, said her son had to attend his internal assessment exam on Thursday.

“My son was sitting near the window seat, when he saw the cluster bus speeding and all of a sudden, it hit the school bus. The bus toppled and crashed near the footpath.

“Children were afraid and started crying. But police and firemen tried to calm them and pulled them out. My son got stitches on head but he is doing fine now,” she said.

She added that there was only a bus conductor and a woman attendant in the school bus besides the driver.

Reeta Singh (29), who has been employed as a marshal in the cluster bus for the last three months, said their vehicle started from Shivaji Stadium for Madhu Vihar and the accident occurred at around 7 am.

“Usually, I always sit in the last row of the bus but on Thursday, I sat in the front seat meant for the staff. There were hardly four-five passengers on the bus. The accident occurred near the signal when the bus was coming down from a flyover.

“It all happened suddenly. The impact was such that the school bus rolled sideways. I fell down from my seat. One of the woman passenger in the bus started shouting. I calmed her down and went to check the school children. They were injured and were accompanied by a woman. I had pain in right hand, chest and leg. But I called up ambulance and informed the police,” said Singh.

Tulsi (55), one of the woman passengers of the cluster bus also received injuries while others escaped unhurt, a police official said.

“One of the female students sustained nasal fracture and a boy sustained a leg fracture. Two other boys sustained minor injuries. All of them were discharged soon after treatment,” said a representative of the Kapoor hospital.

A representative of Mehta hospital said, “Most of the students sustained minor injuries and they were given treatment and discharged”. (PTI) 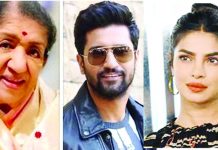 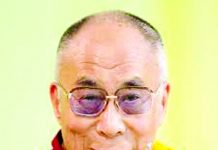 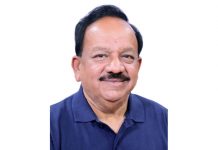 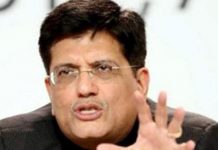 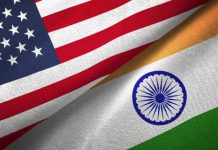