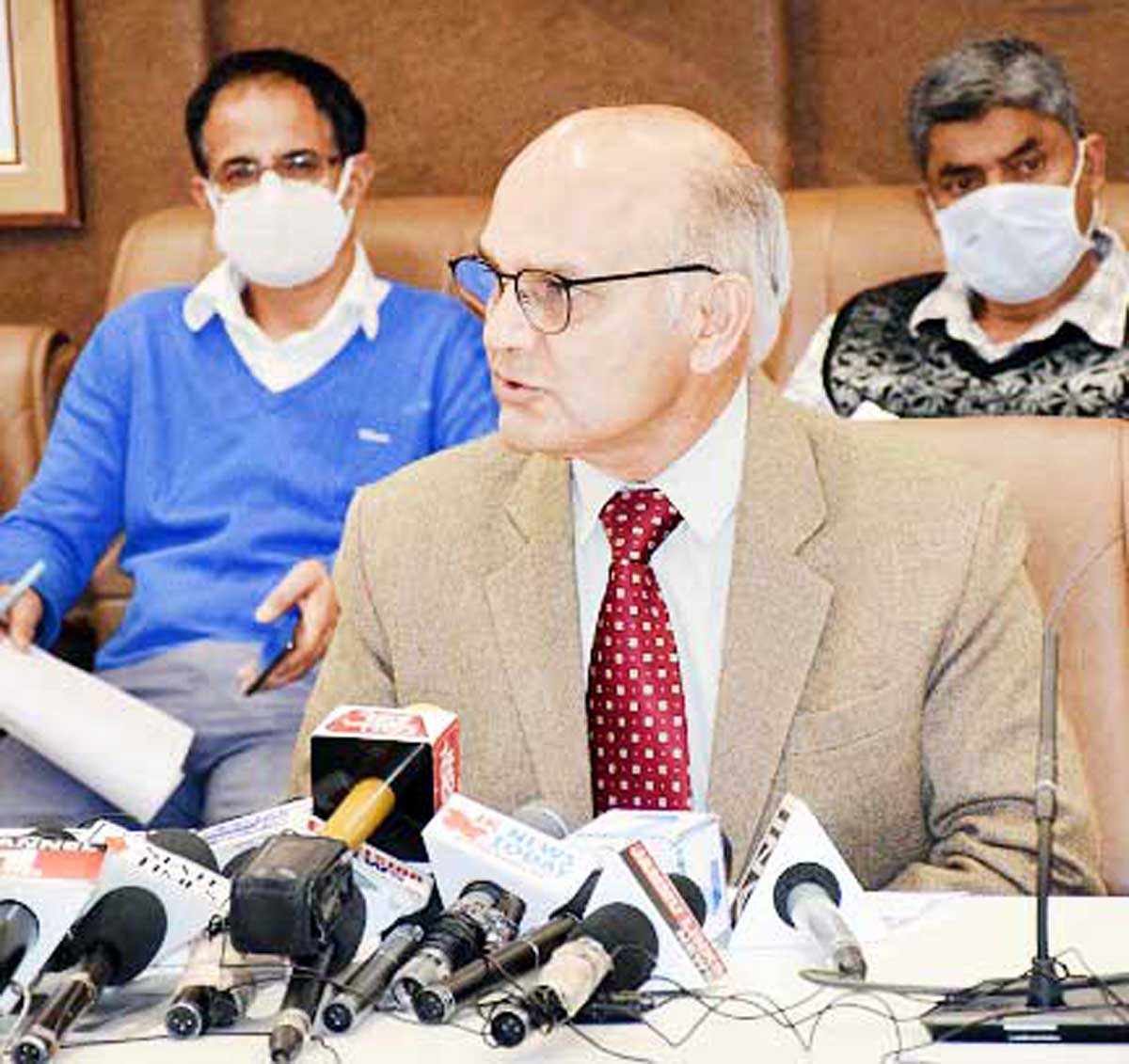 First electoral exercise post Aug 5 decisions
*408 Sarpanchs, Panchs elected unopposed
Sanjeev Pargal
JAMMU, Nov 27: In the first major electoral exercise post August 5, 2019 when the Central Government had scrapped special status of Jammu and Kashmir and bifurcated erstwhile State into two UTs of J&K and Ladakh, polling for first phase of first-ever election to the District Development Councils (DDCs) in 73 years of independence will be held for 43 seats spread over all 20 districts of the UT to decide the fate of 296 candidates amidst tight security arrangements following attempts by the militants to disrupt the polls.
Candidates of almost all major political parties including BJP, Congress, National Conference, PDP, Apni Party, NPP, BSP and other smaller groups besides the Independents are in the fray.
Of 43 DDC seats which will go to polls tomorrow, 25 are in Kashmir division and 18 in Jammu for which polling will be held from 7 am to 2 pm.
A total of 296 candidates of almost all major political parties and the Independents are in the fray for 43 DDC constituencies. They include 207 male and 89 females. Among them, 172 candidates are contesting in Kashmir division and 124 in Jammu.
This is the first local election in which the West Pakistani refugees are eligible to cast the votes. Under the special status, which was scrapped by Narendra Modi Government on August 5, 2019, the West Pakistani refugees were entitled to cast votes only for Parliament elections and not Assembly, Municipal and Panchayat polls.
The DDC elections will be held in eight phases, the last being on December 19 while counting will be held on December 22.
State Election Commiss-ioner (SEC) KK Sharma told a press conference here this evening that apart from 43 seats of DDCs, by-elections will also be held tomorrow for 94 seats of Sarpanchs and 368 vacancies of Panchs across the Union Territory.
As many as 804 Sarpanchs and Panchs have been elected unopposed ahead of the panchayat by polls in the UT.
“As many as 768 Panchs and 36 Sarpanchs have been elected unopposed,” Sharma said.
As per official data, 11,500 seats for the post of Panchs and 890 for Sarpanch are vacant in Kashmir, and 185 seats for panch and 124 for sarpanch in Jammu division.
For Sarpanch seats, 279 candidates including 203 male and 76 females are in the fray while for Panch segments, 852 candidates including 635 male and 217 females are in the contest, Sharma said.
“For all 280 seats of the DDCs (140 each in Jammu and Kashmir divisions and 14 each in 20 districts) for which the elections are being held in eight phases, 57 lakh voters are eligible to exercise their right to franchise,’’ Sharma said. However, for the first phase of polling tomorrow, about seven lakh voters can cast their votes including 3.72 lakh in Kashmir and 3.28 lakh in Jammu.
He added that tentatively 2111 polling stations have been set up for tomorrow’s elections but the numbers could come down as some Sarpanchs and Panchs have been elected as unopposed.
The SEC said all arrangements for Phase-I of the elections are in place including security, deployment of polling staff and machinery. For some far flung polling stations in Kishtwar, Doda, Kupwara and Bandipora districts, the polling and security teams along with election material had to be airlifted. For the purpose, the Election authorities also took the assistance of Indian Air Force (IAF), he added.
There has been no shortage of security personnel for the election duty, Sharma said, adding that all polling stations have been well protected.
As this is the first election being held in Jammu and Kashmir after spread of Coronavirus pandemic, all COVID management measures have been made at the polling stations, Sharma said.
About 10 liter sanitizer will be kept at every polling booth, there will be six feet distance in the queue for casting votes and some masks for emergency will be kept, he added. However, he advised the voters to come to cast their vote by wearing face mask.
Campaigning for the first phase came to an end on Thursday.
In Jammu region, all major political parties have fielded their candidates for the first-ever DDC elections as they are being held on party basis.
The BJP, Congress, National Conference, PDP, Apni Party, NPP, BSP and some smaller parties have joined the fray for the DDC polls. Initially, the NC, PDP and Congress struck seat adjustments for first two phases of the DDC polls but the NC called off the talks with Congress for rest of the phases following statement by senior Congress leader Randeep Singh Surjewala that Congress wasn’t part of People’s Alliance for Gupkar Declaration (PAGD).
Sources said adequate security arrangements have been made for the elections as the Central Government has also provided 250 additional companies of paramilitary forces for the DDC elections in view of plans by the militants to disrupt the polls.
Special polling stations have also been set up at Jammu and Udhampur to facilitate migrant voters to cast their votes in the elections.
Senior Government officers have been appointed as General Observers to oversee the smooth, fair and orderly conduct of DDC elections and Panchayat by-elections. Also, expenditure observers are keeping a watch on the expenditure by the candidates. In addition, for the poll day, Micro Observers have been placed in polling stations, particularly those considered hypersensitive. Besides, the Zonal and Sector Magistrates too have been deployed.
Control Rooms have been established in all the districts across the UT to respond promptly to any complaints of violation of the Model Code of conduct as also to disseminate information to the public.