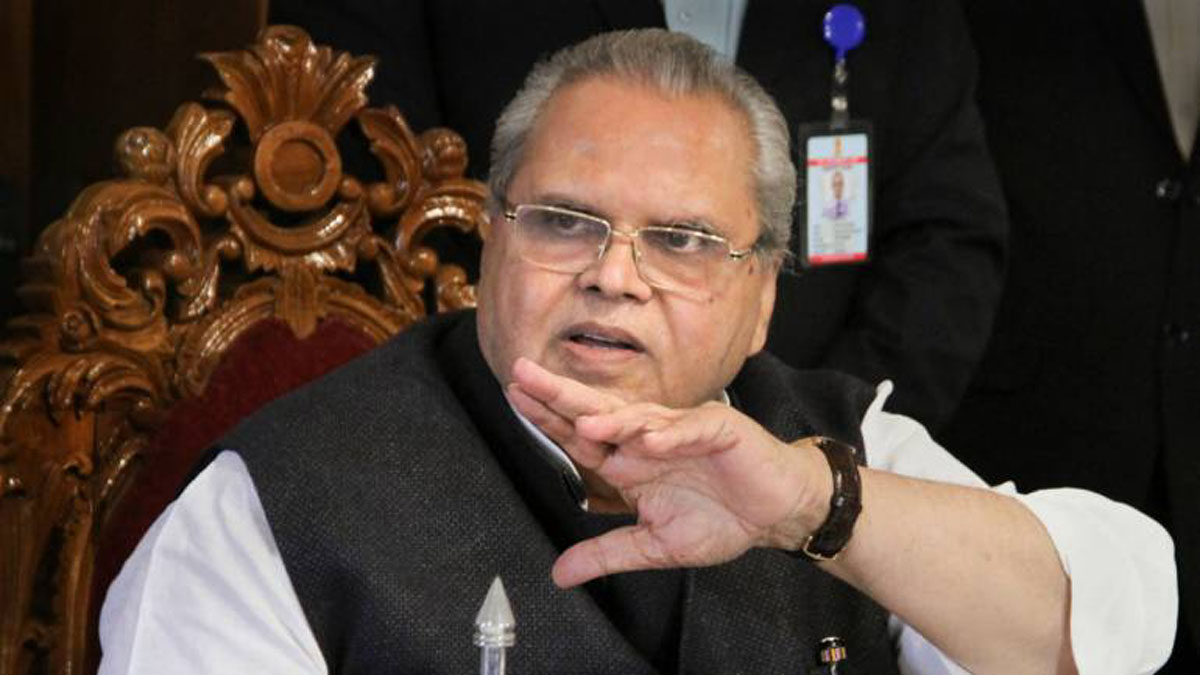 24 hamlets from Jammu division included in list
Excelsior Correspondent
JAMMU, Feb 28: The State Administrative Council, which met here today under the chairmanship of Governor Satya Pal Malik, has accorded its approval for the inclusion of 66 more villages and hamlets across Jammu and Kashmir in the list of Backward areas, thus enabling their inhabitants to avail the benefits of reservation.
With the inclusion of these 66 hamlets, including 24 from Jammu and 42 from Kashmir division, the total number of villages in the list of Backward areas, has now reached to 2763.
The lists of new villages were submitted to the Social Welfare Department last year by the State Commission for Backward Classes after examining various representations and then verifying the claims through different official agencies, particularly the concerned district administration.
Among the 24 villages of Jammu division, which have been accorded RBA status, four are in Jammu district, six in Samba, seven in Ramban, four in Kathua and one each in Poonch, Rajouri and Doda districts.
From Kashmir division, 14 villages in Kupwara, seven in Anantnag, four each in Baramulla and Pulwama, five in Kulgam, two each in Budgam, Ganderbal and Shopian and one each in Bandipora and Srinagar have been included in the list of RBA.
Among the newly included RBA villages in Jammu district, Kangral Sangral, Nara, Doke Jagir and Paya-Chak are located in Akhnoor tehsil while among those in Kathua district, Gortha-Riadandi, Rampore and Sukrala are in Billawar tehsil and Thana in Basohli tehsil.
The villages in Samba district, which have been included in the list of RBA, are; Kard, Rayour, Begoon, Nun, Jeed and Bupniar-Garh while Marhote in Surankote tehsil, Kakora in Rajouri and Lerote in Bhaderwah are among the new RBA villages in Poonch, Rajouri and Doda districts, respectively.
Seven villages of Ramban district included in the RBA list, are; Bandera, Thopal, Barthal, Sanasar, Chilla and Sana in Batote tehsil besides Sincha in Ramban tehsil.
Similarly, the new RBA villages from Kashmir valley, are; Issoo, Kradi Kawarigam, Sadura, Anzwalla, Gund Fathapora, Turka Tachloo ( nantnag district), Chatoosa, Kartargarh, Negibhat, Malikpora (Baramulla), Cheq Ashmuji, Gadihama, Baihama, Lirroq, Sopat (Kulgam), Ultigam, Nuner (Budgam), Kondabal, Wailoo Bala (Ganderbal), Turkapora, Karihama, Gundgushi, Neelipora, Waterkhani, Villagam, Ashkanpora, Magam, Kunan, Shumriyal, Sodal, Mugalpora, Khanpora, Khirman-Tilickhan (Kupwara), Zahid Bagh, Goripora, Sogripora, Sethar Gund (Pulwama), Hushbangpora, Ahgam (Shopian), Najan (Bandipora) and Gandtal (Srinagar).
Besides whole districts of Kargil and Leh, there were 2697 villages in the State, which were so far notified as RBA and this number has now increased to 2763. There are total 6553 villages in Jammu and Kashmir State.
Sources said that the names of new villages for inclusion in the list of Backward areas, were submitted by the State Commission for Backward Classes to the Social Welfare Department through three different communications. While the first list of 59 villages was submitted in April 2018, another two lists of five villages and then four more villages were forwarded in December 2018 and January 2019, respectively. Names of two villages in the first list were dropped after it was found that they were earlier rejected by the Commission.
According to Jeet Lal Gupta, Chairman of the State Commission for Backward Classes, around five hundred more representations for inclusion of their area under RBA were still under examination and their claims were being assessed in accordance with the criteria laid for the same.