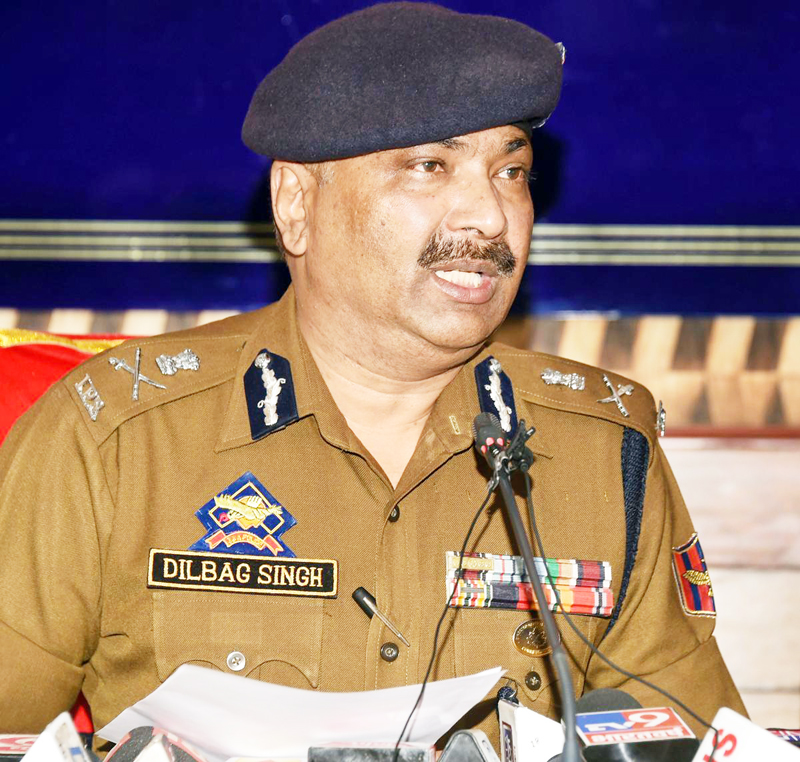 As many as 504 separatist leaders, who had been detained following the abrogation of Article 370 provisions a year ago, were released after they signed bond of “good behaviour”, police chief Dilbag Singh said today.
Singh also said out of the 350 separatist leaders and stone pelters who had been sent to jails in other States, only 50-60 continued to remain behind bars and the rest were released.
“A total of 504 separatist leaders belonging to Hurriyat Conference and Jamaat-e-Islami (JK) and others have been released so far after they signed good behaviour bond,” he said.
Those who sign “good behaviour bond” are bound to maintain peace and not indulge in any violent or separatist activities after being released from jails or home detention.
The Director General of Police (DGP) said after the abrogation of Article 370 provisions on August 5, 2019, a total of 5,500 youths were detained by security forces and all of them were let off after three-four days following counselling and taking assurance from their parents that they would not indulge in any violent acts like stone pelting in future.
However, he said, cases were against 1,200 other youths for indulging in violent acts.
Singh said about 144 boys, who were under 18 years old, were also detained last year for indulging in violence and currently just 17 of them are in remand homes set up under the Juvenile Justice Act.
He said at least 16 youths, who joined the ranks of the militants, have returned after persuasion of police and family members and no action has been taken against them as they were not involved in any violence so far.
Referring to those who were sent to jails outside Jammu and Kashmir, the police chief said about 300 were released as their custody period under the Public Safety Act (PSA) was over and it was felt that their further detention was not required.
“We will review the cases of other 50-60 people when their prison terms come to an end,” he said.
Talking about the future strategy to deal with militancy in Jammu and Kashmir, Singh said there was a need to enhance technical surveillance along the border with Pakistan so that terrorists could not enter India and efforts should be made for de-radicalisation of the youth.
In addition, there should be programme for skill development for the youth and all development aspirations gaps should be filled, he said.
Meanwhile, Pakistan has adopted a new technique of sending arms and ammunition to Jammu and Kashmir using unmanned aerial vehicles (UAVs) and several such incidents have been detected in the recent past, Dilbag said.
He also said less than 200 militants are currently active in Jammu and Kashmir, and just 26 terrorists could enter the Union Territory from across the border so far this year.
“Pakistan has been trying to send arms and ammunition to militants through drones (UAVs). We have detected several such incidents in the past,” Singh said.
The police chief said such incidents of Pakistani UAVs carrying weapons were detected in Kupwara, Hiranagar, Kathua and Rajouri.
Another modus operandi of Pakistan to dispatch weapons through trucks to Jammu and Kashmir was unearthed in Punjab in the past, he said.
“There has been a huge shortage of weapons for the militants operating here,” the police chief said.
The DGP said Pakistan has intensified cross-border firing this year so that terrorists could be pushed into Jammu and Kashmir.
“There has been 75 per cent more firing from across the border in the first seven months of 2020. There were 487 incidents of firing from Pakistan till July this year in comparison to 267 such incidents in the same period in 2019. The firings are cover to infiltrate militants. So far, just 26 militants could infiltrate into Jammu and Kashmir,” he said.
Singh said due to sustained anti-militancy operations, the security forces have been able to curtail the number of active militants in Jammu and Kashmir to less than 200 now from 300 to 350 terrorists a few years ago.
Referring to local youths joining militancy, the DGP said 80 such youths have joined different terror groups this year of which 20 are now active and the self-life of such militant is now a maximum of 90 days.
“Eighty local youths have joined militancy this year so far of which 38 were killed and 22 arrested. Just 20 of those who have joined militancy are active now,” he said.
The police chief said as many as 150 militants were killed in 2020 so far, of which 30 are foreigners and another 39 are top commanders. “The terrorist groups are leaderless and facing a huge shortage of weapons,” he said.
Claiming success of the anti-militancy operations in last two years, the DGP said it has happened as the security forces have gone against the terrorist support structure-the Jamaat-e-Islami (JK), Hurriyat and their members and the Over Ground Workers (OGWs).
Most of the leaders of the Jamaat and Hurriyat and OGWs are under custody and their funding has been halted, he said.
Singh said a Terror Monitoring Group (TMG) has been set up with representatives from the Jammu and Kashmir Police, Enforcement Directorate, Income Tax Department and a few other organisations, and the body is continuously working to curb funding of terrorists and their supporters.
“Almost all links of sending money through hawala, western union money transfer and in tiffin boxes of couriers were shut,” he said.
The police chief said security grade has been improved along the International Border and the Line of Control and as a result, six encounters have taken place along the borders so far this year.
He said there were 76 casualties and 107 injuries in the security forces in first seven months of 2019 in Jammu and Kashmir, while there were just 36 casualties and 102 injuries in the security forces in the same period in 2020.
Terror incidents were also down by 70 per cent-from 198 in first seven months of 2019 to 124 in the same period in 2020, the DGP said. (PTI)