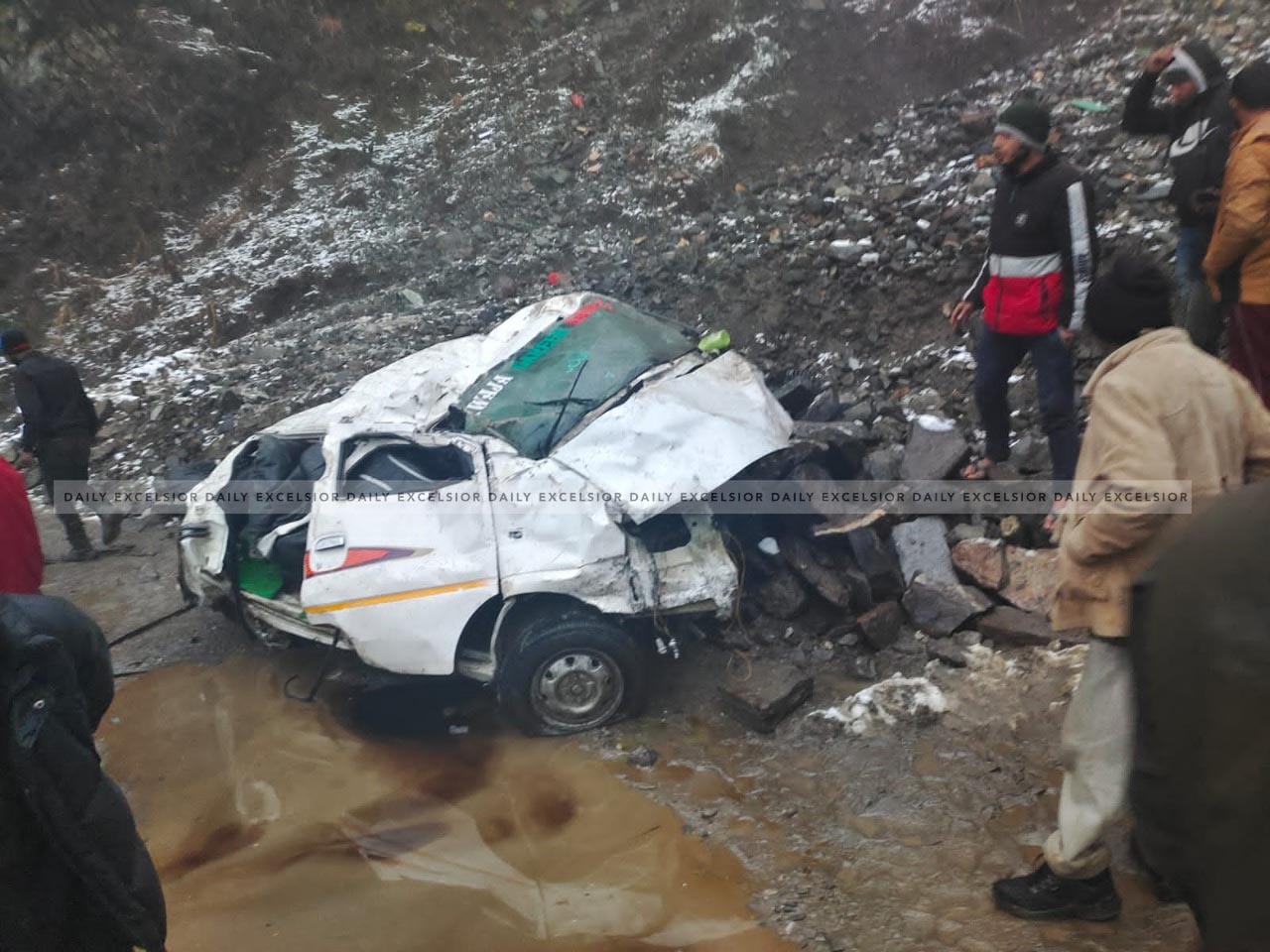 JAMMU, Feb 3: Six persons were killed when a vehicle they were travelling in skidded off the road and fell into a gorge near Nagriana in Kishtwar district of Jammu and Kashmir on Thursday.
Police sources said, “An eco-van (JK17-5089) skidded off the road and rolled down into the gorge near Nagriana.”
“Five persons died on the spot while one person died on way to the hospital,” they said.
“A passenger van this evening (at around 5:30pm) met with an accident near Nagriana Keshwan in Thakrie block of Kishtwar district, said senior superintendent of police (SSP), Kishtwar, Shafqat Hussain.
“Soon after the accident, a massive rescue operation was launched,” he said.
He added, “Five persons died on the spot while one person succumbed on the way to the hospital and was declared brought dead.”
Meanwhile, the deceased have been identified as Latief Ahmad Rather, son of Abdul Samad; Rehman Butt, son of Ahmed Butt; Irfan Ahmad, son of Ghulam Haider Shiekh; Ghulam Hassan, son of Mohammad Butt; Atta Mohammad, son of Ahmed Butt; and Zubair Ahmad, son of Atta — all residents of Nagriana.
Police have registered an FIR (N0 16/22 u/s 279/304) at the Kishtwar police station and an investigation has been set into motion.