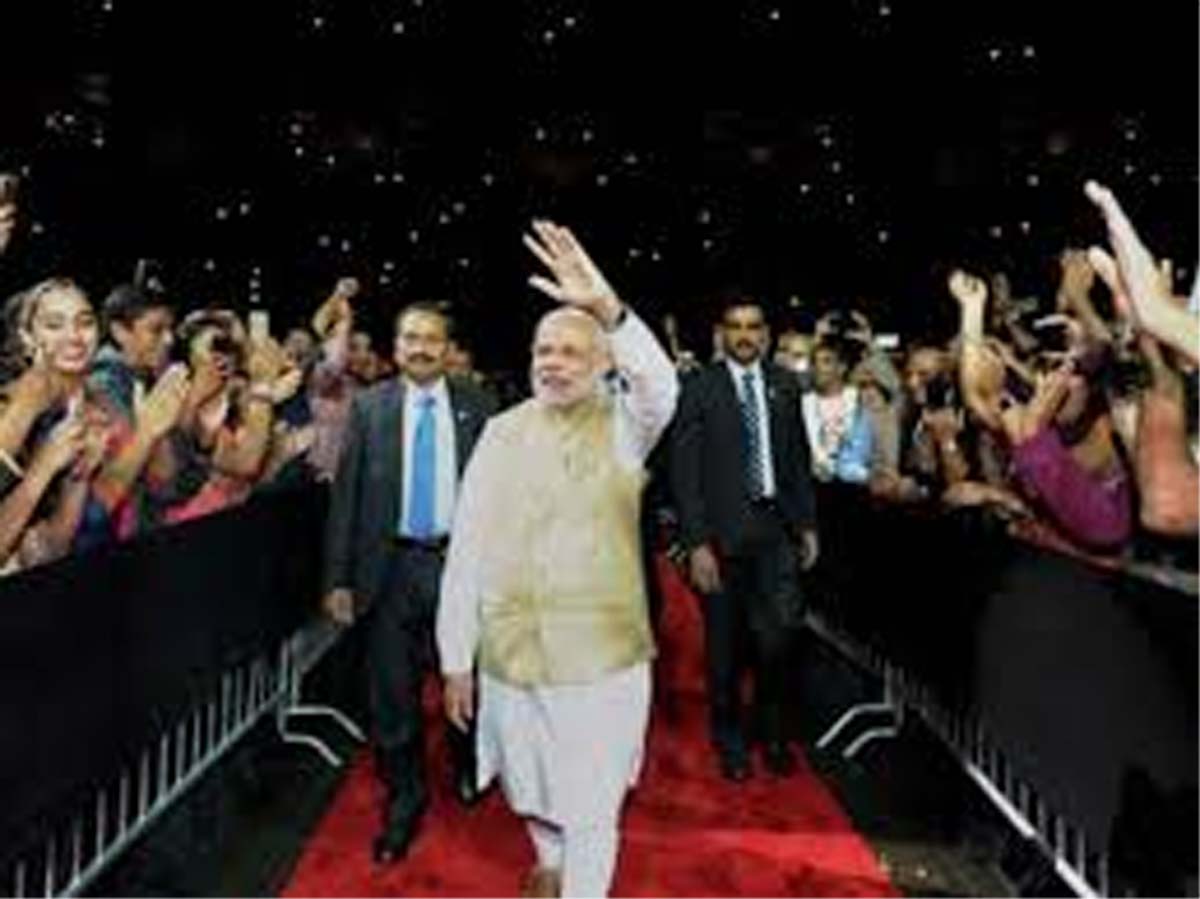 HOUSTON, Aug 13: Around 40,000 people have registered themselves for Indian-American community summit “Howdy, Modi!” here, which will be addressed by Prime Minister Narendra Modi on September 22 during his visit to the US for the UN General Assembly session, organisers of the event said.

“Howdy”, short for ‘How do you do?’, is a friendly greeting commonly used in southwestern United States.

Attendance to the summit is free, but passes have to be obtained which is now open for public, said the host Texas India Forum, a Houston-based non-profit body, which expects around 50,000 people to attend the prime minister’s address to the Indian diaspora at the sprawling NRG football stadium in the US’ fourth most populous city.

Houston, which has one of the largest concentration of over 5,00,000 Indian-American community in the US, is the energy capital of the world. Energy security is a priority area for the prime minister.

Houston Mayor Sylvester Turner said, “I look forward to welcoming PM Modi to Houston, home to one of the biggest and most vibrant Indian communities in the US.”

“This historic visit will strengthen the already robust bonds between Houston and India on trade, culture and tourism — all of which benefit every Houstonian.”

Over 39,000 people have signed up in the first two weeks. There are more than 1,000 volunteers and 650 Welcome Partner organisations for the event, the Texas India Forum said.

According to convener of the organising committee Jugal Malani, before the prime minister’s address, the event, with the tagline ‘Shared Dreams, Bright Futures’, will include a cultural programme that puts a spotlight on Indian-American contributions to the United States.

“We want the entire city of Houston to come enjoy the festivities and learn about Indian-Texan relations,” he said.

This will be Modi’s third major address to the Indian-American community after he became the prime minister in 2014 and the first after his re-election in May.

The previous two were at the Madison Square Garden in New York in 2014 and the Silicon Valley in 2016. Both the events were attended by more than 20,000 people.

US Senator John Cornyn said, “On behalf of the hundreds of thousands of Indian-Americans in Texas, and as co-chair of the Senate India Caucus, I welcome Prime Minister Modi to Houston.”

“India continues to be a key security and economic partner of the United States, and I look forward to seeing that relationship strengthen with his visit to Texas,” he said.

A number group of organisations from a wide spectrum of the Indian diaspora in the United States has mobilized support for the “Howdy, Modi!” event.

Sanjay Ramabhadran, the president of the Texas Lyceum said, “The future of Texas is inextricably tied to global trade and strategic relations. As a Texas-wide leadership group focused on civil discourse on the important policy issues facing our state, we recognise that this visit will be a giant step in further strengthening Texas- India relations on numerous fronts.”

According to WISERTrade, the US Census Bureau, and the Foreign Trade Division, in 2019 (year to date), India is Houston’s fourth largest trading partner just behind Brazil, China and Mexico. (PTI)