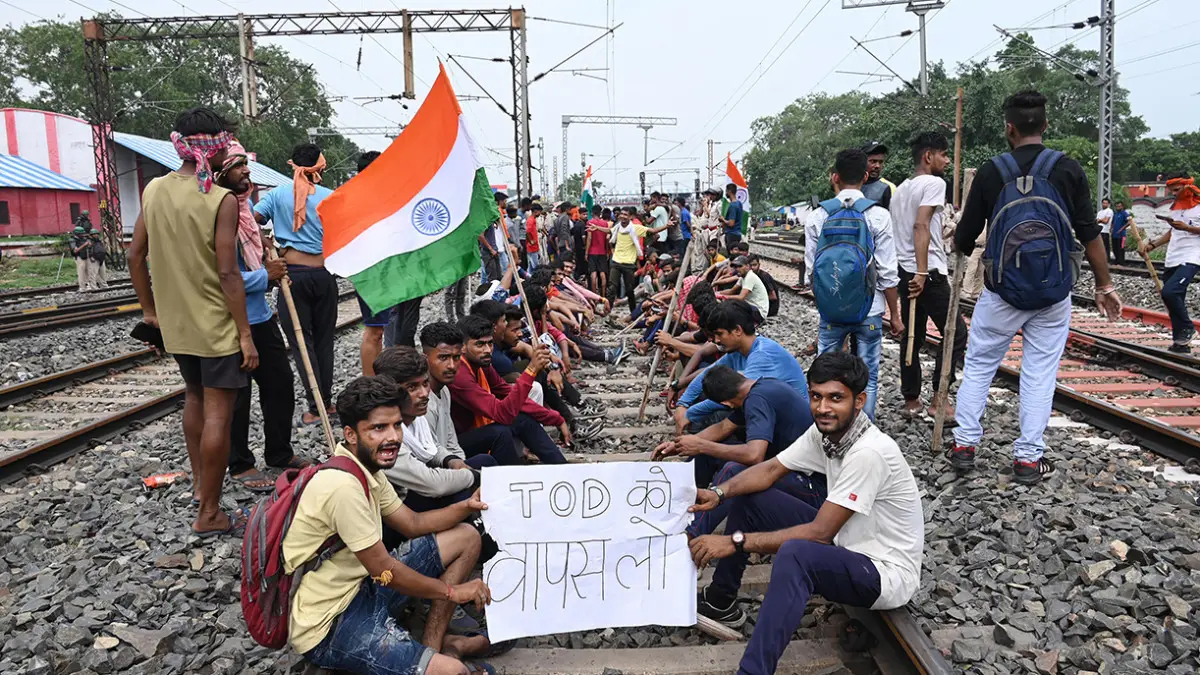 New Delhi, Jun 18: The Railways cancelled 369 trains on Saturday due to the agitation against the Centre’s recently announced Agnipath scheme for recruitment of soldiers in the armed forces, officials said.
These include 210 mail/express and 159 local passenger trains.
The Railways has also partially cancelled two mail/express trains, thus the total number of trains affected during the day is 371, the officials said.
The Centre’s announcement of the Agnipath scheme — which proposes to recruit soldiers for four years and retire 75 per cent of them without pension and other social security benefits after the end of their term — has been met with violent protests by youths in various parts of the country.
They have blocked roads and railway tacks, and also set train coaches on fire.
In Bihar, where a strike was called Saturday in support of the agitation, bandh supporters set fire to Taregana railway station in Masaurhi sub-division of Patna district.
The railways’ East Central zone, headquartered in Bihar’s Hajipur, said that in view of the prevailing situation, 32 trains have been cancelled in the state.
To ensure safety and security of passengers and railway property, trains originating in other zones will ply through ECR only after 8 PM on Saturday and continue till 4 AM on Sunday. Movement of such trains will be restored at 8 PM on Sunday,” said ECR Chief Public Relations Officer Virendra Kumar. (Agencies)