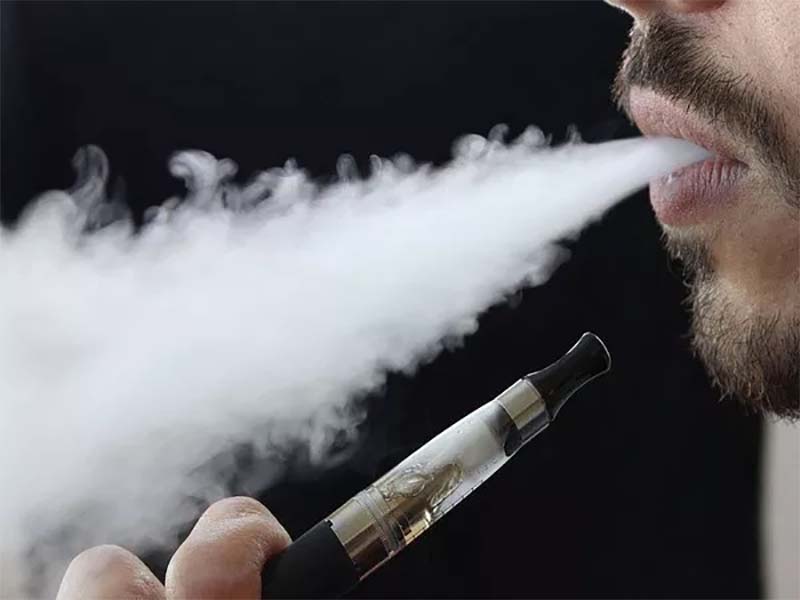 NEW DELHI, May 30: Even as the union health ministry continues its efforts to prevent the entry of e-cigarette companies into India, a latest survey has found that 36 brands have been selling the devices illegally in the country since the last three years.
The survey, released ahead of the World Tobbaco Day on May 31, was conducted by New Delhi-based Consumer Voice, a not-for-profit organisation that advises the government on prominent people-related issues.
E-cigarettes involve a mechanism to deliver nicotine in an attractive format. They are marketed as a harm-reduction product which experts believe is contrary to the truth.
The devices do not fall within the scope of existing national legislation on tobacco production, distribution and use, yet pose significant health risks that are similar to those of conventional cigarettes.
While the union health ministry is repeatedly writing to the commerce ministry over banning the entry of e-cigarette brands into India, health experts in the country have called for a blanket ban on the devices.
Studies have found that the percentage of students who initiate the use of e-cigarettes and hookah smoking before 10 years of age has increased from 26 per cent to 45 per cent in the last 15 years. According to the Indian Council of Medical Research (ICMR), there were 14 lakh cancer patients in 2016.
Of these, the highest number of cases was of lung and oral cancer, which is often caused by tobacco and smoking. The latest study revealed that in Delhi, eight brands of e-cigarettes were being sold both online and at shops.
Similarly such brands were available in Mumbai, Lucknow and elsewhere in the country.
Ashim Sanyal, the Chief Operating Officer and Secretary of Consumer Voice, said that 36 brands of e-cigarettes are currently available illegally, either covertly through vendors or online sites which are under no regulation.
“Price of e-cigarette sold through shops ranges from Rs 200 to more than Rs 6,800 depending on the brand, capacity, flavours and variants,” Sanyal told PTI.
“During the survey, we found that there was no MRP printed on the packet in case of almost all the brands. While the government is officially trying to ban it from entering Indian, it is already available illegally,” he said. (PTI)
The survey also found that most of the buyers were school and college students within the age group of 12-25, who considered it to be comparatively less harmful than the conventional cigarettes.
Currently, while the e-cigarette companies are trying to promote the devices as a cessation tool to quit the conventional cigarettes, several countries, including Mauritius, Australia, Singapore, South Korea, Sri Lanka and Thailand, have banned the devices.
In India, 13 states have already banned e-cigarettes and Odisha and Haryana are planning to follow suit.
In March this year, the Central Drug Standard Control Organisation wrote to all drug controllers in states and Union territories to not allow the manufacture, sale, import and advertisement of Electronic Nicotine Delivery Systems (ENDS), including e-cigarettes and flavoured hookahs, in their jurisdictions.
Commenting on the survey, MC Misra, Former director of All India Institute of Medical Sciences (AIIMS), New Delhi, said that there is a need for immediate ban on e–cigarettes.
“Some smokers and doctors call it a cessation drug, but it is far from truth as e-cigarettes contain nicotine which is addictive. In a study by National Institute on drug abuse, US, which involved 800 smokers, only nine per cent reported having quit after one year while the rest were addicted,” he told PTI.
Piyush Goel, senior Pulmonologist at Columbia Asia hospital, Gurugram, said there was a need to halt the over-the-counter sale of e–cigarettes.
“There are many brands of e-cigarettes that contain solvents that are carcinogenic. So, they cannot be blindly prescribed to patients. There has to be some type of government control or quality checks on e-cigarettes,” Goel told PTI.
Shankar Narang, COO, Paras Healthcare noted that it was a matter of extreme concern that there was a spurt in availability of e-cigarette especially when it was not regulated. (PTI)
“The spurt of e-cigarette brands is a dangerous trend in such a scenario. Easy availability of e cigarettes implies that many gullible youngsters can fall prey to these products that are marketed by manufacturers as safe alternatives to tobacco, which they are not,” Narang said. (PTI)