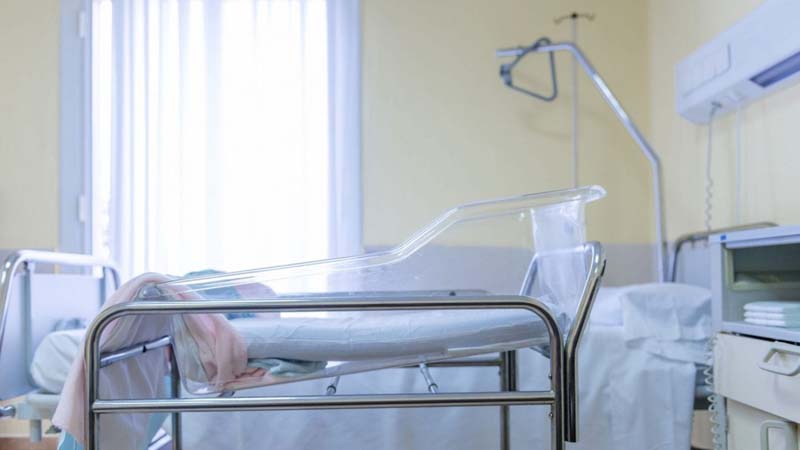 Suhail Bhat
SRINAGAR, Dec 9: Much to the dismay of the people, a 100-bed Maternity hospital in South Kashmir’s Pulwama district has not been taken up for construction despite land being allotted for the project three years ago.
The Government identified around 112 kanals of land on the outskirts of Pulwama town for the construction of a 100-bed maternity hospital at a cost of around Rs 12 crores to address the growing health issues of women, but the project has made little progress beyond putting up a notice board and constructing an entrance road.
According to an official familiar with the project, it would have benefited people in two districts, Pulwama and Shopian, and would have reduced referral rates to Srinagar Maternity hospital to a large extent.
“It was a long-pending demand of the people and would have mitigated referrals to city hospitals or to other districts, but there is no progress on the project”, he said, adding it appears that the administration has abandoned the project.
Locals told Excelsior that the administration promised them a maternity hospital would be built in the town in response to demands for better maternity care, but official indifference has dashed their hopes. “We had run from pillar to post to get this hospital sanctioned here, but the facility is still not being constructed despite a three-year delay”, Adul Rashid, a local, said.
They said that the site was identified in the area following extensive negotiations with the administration. “There was a debate over the designation of land for the hospital, and residents succeeded in acquiring the hospital in the area after rising pressure on the administration”, Bashir Ahmad, another local, said.
He said that the authorities had previously relocated the hospitals to another part of the district and that it was only after repeated protests that the land at the current location was identified. “The current site is a convenient location for people because it is located in the main town”, he added.
Locals said that the facility would have enhanced maternity care while also reducing patient travel time. “It would have offered us better and timely healthcare facilities at our doorstep. It would have saved us both time and money”, a local said.
Deputy Commissioner Pulwama, Baseer Ul Haq Chowdary, told Excelsior that the project has not been sanctioned in any plan. “Only land has been identified for the project while it has not been sanctioned in any plan”, he said.