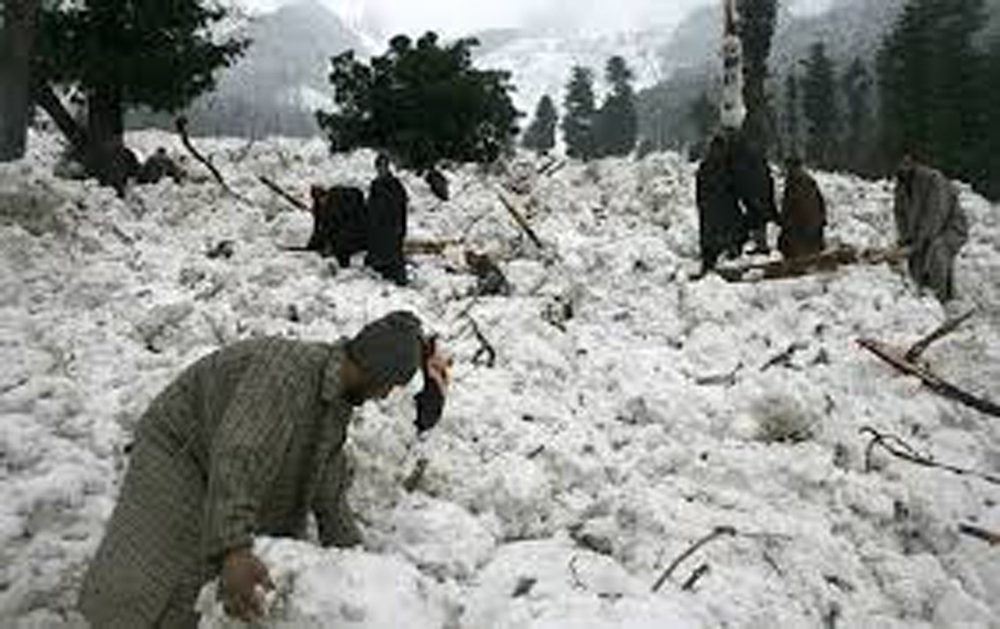 Excelsior Correspondent
SRINAGAR, Mar 12: Three persons last night died after snowslides swept them on Sadhna Top in Kupwara district while two escaped unhurt.
Three of the five persons who were on way towards Karnah were swept by snowslides last night near Khooni Nallah last night. Two among them who escaped unhurt informed the nearest Army unit for necessary help.
A team of Army personnel reached the spot and recovered three dead bodies from the snowslides. The deceased have been identified as Khalid Sheikh son of Ghulam Qadir Sheikh of Hajinar, Tahir Khoja son of Mohammad Younis Khoja of Hajinar and Fareed Ahmad son of Lal Din of Shamaspora.
A senior official said that people were already asked not to travel on Kupwara-Karnah route after several slides hit the road, which had made it unsafe for movement. These five persons were on their way back to home after almost four months.They were working outside the State.
The relatives of the deceased assembled outside the Deputy Commissioners office in Kupwara and demanded airlifting to take part in the last rites of their slain kin.
Over a dozen relatives of the deceased including brothers, sisters and other relatives assembled in DDC complex and met DDC Kupwara demanding the airlift to Tangdhar since the road is closed due to inclement weather in the area for over two months now.