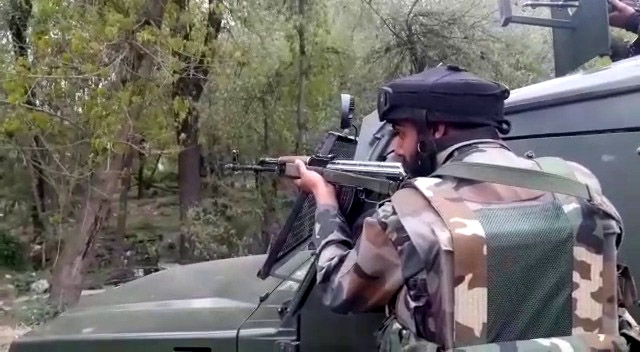 SHOPIAN: Two terrorists were killed in an overnight encounter by security forces in Jammu and Kashmir’s Shopian town, the police said on Sunday morning. This took the number of terrorists killed in the encounter to three. One terrorist was gunned down on Saturday night.
“Police & security forces made sincere efforts to take surrender of newly recruited #terrorist. Parents also made appeals but other terrorists didn’t allow him to #surrender,” the police said in a tweet on Sunday morning.
According to police officials, they launched a search operation in Hadipora area of the south Kashmir district based on specific information about the presence of terrorists. When the forces were conducting the search, terrorists fire upon them, a police official said. The forces retaliated, after which the encounter began, the official said.
The identity and group affiliation of the terrorists killed in the gunfight are yet to be ascertained. An AK-47 and a pistol has been recovered, an army spokesperson said, adding that the joint operation is still in progress. (Agency)