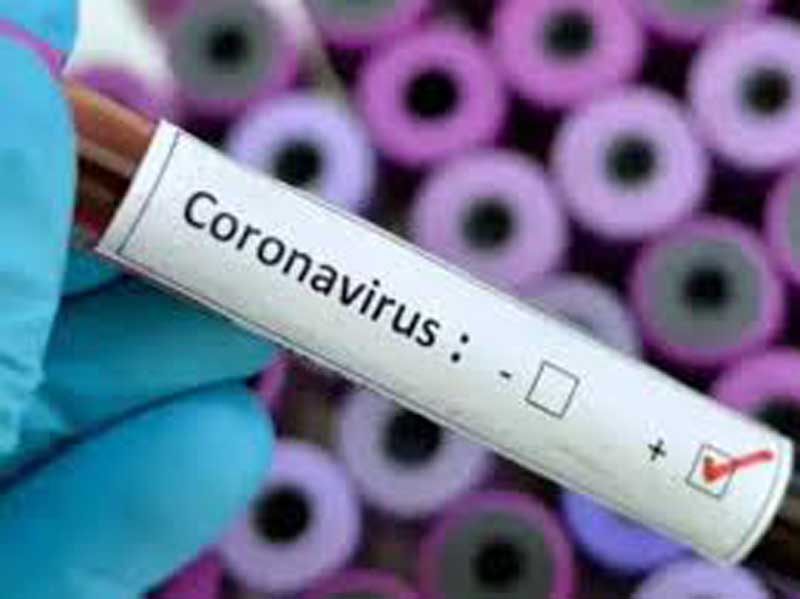 JAMMU, Aug 9: Jammu today reported another Corona casualty and 129 fresh positive cases including 25 jawans of Indo-Tibetan Border Police (ITBP) from their 47 battalion at Ghagwal in Samba, another female doctor from the GMC Jammu and a staffer engaged in sample collection, three of a Janipura family, two Government officials in Doda, two students and three employees of HCC Railways Company in Reasi and three members of a family in Poonch district while 74 patients were discharged from various COVID hospitals in the region after treatment of the virus.
A 63-year-old man from Rani Park near Parade Ground died in the Chest Diseases Hospital this morning two days after admission with Type 2 diabetes and COVID positive.
This was the second COVID related death in the CD Hospital. Body of the COVID victim was handed over to the family as per protocol for cremation.
With today’s death, Jammu region’s Corona toll has reached 35 and that of Jammu district to 24. Rajouri district has recorded three casualties while two deaths each have been reported from Udhampur and Doda districts and one each in Ramban, Kathua, Samba and Poonch.
Samba district today reported 32 Corona positive cases including 25 jawans of ITBP’s 47 battalion headquartered at Raj Morh Ghagwal, two BSF personnel from Penthi and an Army soldier from Pangdour, SSP Samba Shakti Pathak told the Excelsior. He added that all of them had returned to duty after availing leave and were subjected to testing for COVID-19.
Four other positives of Samba district including a nine-year-old child from Bari Brahamana, 30-year-old man from Bari Brahamana, 35-year-old man from Diani and 54-year-old from Karaliya Vijaypur.
Forty two persons reported positive for COVID-19 in Jammu district today including over a dozen security personnel.
A 26-year-old Post Graduate student from Medicines Department of the GMC Jammu hailing from Shopian in Kashmir and a staffer of AMT school who was engaged in collection of sample from COVID patients today tested positive for the virus. Yesterday, three doctors including one each from GMC and SMGS hospitals had test positive. A couple and their son from Janipura and two women aged 33 and 26 from Jain Bazaar also tested positive in Jammu district.
Other positives from the district were 28-year-old youth from Paloura, 41-year-old man from Talab Tillo, middle-aged man from Kot Bhalwal, an elderly person from Gadigarh, 40-year-old from Seri, 40-year-old from Digiana, 24-year-old girl from Roop Nagar, three youths from Bishnah, Satwari and Domana, 38-year-old man from Akhnoor, youth from Shakti Nagar, teenager from New Plot, three-year-old child RS Pura, an old man from Bantalab and 40-year-old woman from Satwari.
A total of 12 persons today tested Corona positive in Reasi district including two students aged 13 and 17 from Aghar Ballian and Seelan respectively, three employees of HCC Railways deployed at Anji Khud and three police constables two from District Police Lines who hailed from Udhampur and Poonch and one who was under administrative quarantine in Katra.
Rest of the positives of Reasi district were 29-year-old youth from Red Zone of Ward No. 8, 50-year-old woman from administrative quarantine at Katra and two travelers.
Ten persons have tested positive for the virus in Poonch district.
They include three members of a family including two women from Panditan Mohalla Poonch, two BSF jawans, three Biharis, a youth from Khulkar and a traveler, SSP Poonch Ramesh Angral said.
In Ramban district, 13 persons today tested positive for COVID-19. Two of them had travel history of Badgam while third was an inhabitant of Chhattisgarh.
Ten persons tested positive during random sampling. Three of them hailed from Hingni and rest from Neera, Chaknarwah, Kote Khari, Nachlana, Budhan, Sangaldan, Dheeda and Keelamor Seri, Chief Medical Officer (CMO) Dr Mohammad Fareed Bhat said.
Of nine persons who were found infected with the virus today in Doda, five were shopkeepers from Gandoh and two employees of Power Development and Agriculture Departments. Another positive was a traveler while one person was tested positive during random sampling.
Five persons today tested positive for the virus in Kathua district including a woman who was sampled ahead of surgery, a patient and three travelers, District Magistrate OP Bhagat said.
A Central Industrial Security Force (CISF) employee was among four persons who reported Corona positive today in Udhampur district.
Three other positives were inhabitants of Basantgarh, Chenani and near Air Force Station Udhampur.
Two travelers reported positive in Rajouri district while Kishtwar was the only district where no Corona positive case was reported today.
Meanwhile, 74 Corona patients were today treated and discharged from various COVID hospitals in Jammu region.
The highest number of 24 patients were discharged in Jammu district followed by 20 in Kathua, 17 Samba, eight Doda, three Rajouri and one each in Ramban and Udhampur districts.
As per the official figures, Jammu region now has 5611 Corona cases including 1810 active cases as 3766 persons have been treated and discharged while there have been 35 casualties.
Meanwhile, the weekend lockdown was observed for second day today in Jammu, Udhampur, Kathua, Reasi and Rajouri districts. The lockdown will end at 5 am on Monday.
Meanwhile, 49 new Corona cases were today reported from the Union Territory of Ladakh-11 from Leh and 38 from Kargil district.
Ladakh’s Corona tally now stood at 1688—789 in Leh and 899 in Kargil while active cases have gone up to 457—302 in Leh and 155 in Kargil.
As many as 1222 patients have been treated in Ladakh while there were nine casualties.