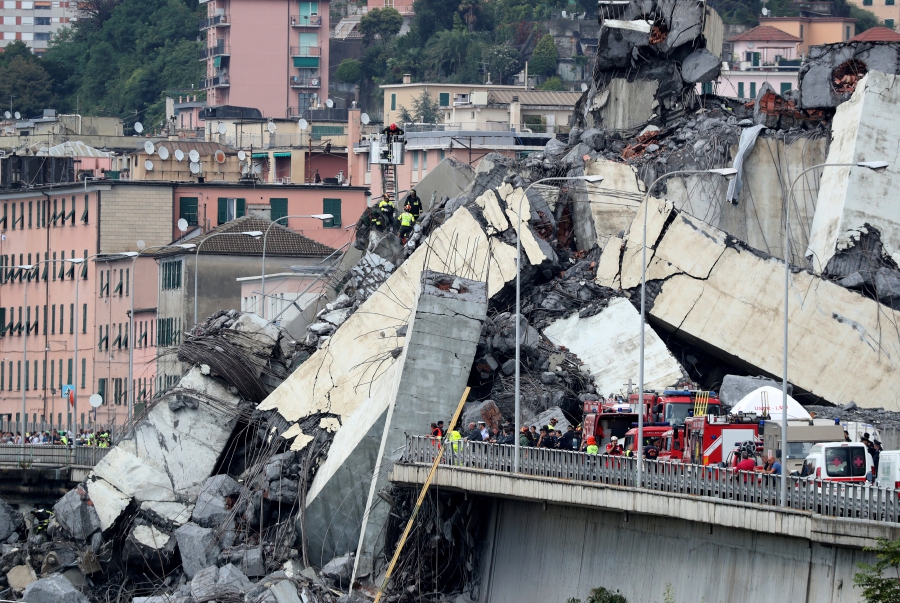 GENOA (ITALY): At least 22 people were killed today when a giant motorway bridge collapsed in Genoa, with several more feared dead in what Italy’s Transport Minister described as an “immense tragedy”.

The collapse, which saw a vast stretch of the A10 freeway tumble on to railway lines in the northern port city, was the deadliest bridge failure in Italy for years, and the country’s deputy transport minister warned the death toll could climb further.

“Unfortunately I can confirm that 22 are dead, and it’s a number that’s likely to rise,” Edoardo Rixi told Italian television.

Rescuers scouring through the wreckage, strewn among shrubland and train tracks, said there were “tens of victims”, while images from the scene showed an entire carriageway plunged to the ground. (AGENCIES)