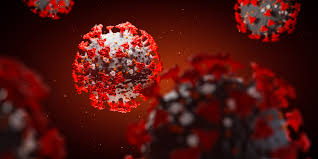 Excelsior Correspondent
JAMMU/SRINAGAR/ LEH, Dec 4: Eight persons, three of them women including a 20-year-old, died of COVID-19 in Jammu region and four in Kashmir while 544 persons tested positive for the virus across the Union Territory and 647 others recovered today.
Of eight Corona fatalities in Jammu region, five were reported from Jammu district, two in Ramban and one in Doda district.
A 20-year-old girl hailing from Ramban, who was positive for Coronavirus and had no co-morbidity, died in the Government Medical College (GMC) Jammu today. A 61-year-old man from Ramban succumbed to the virus in the same hospital.
An 82-year-old man from village Tootwal in Doda district died of pathogen in the GMC Doda. He had no other ailments.
An 85-year-old man from Rehari Colony in Jammu district died of multiple ailments and COVID-19 in ASCOMS Sidhra while75-year-old from Kabir Colony Talab Tillo died of the virus in the GMC Jammu.
An 80-year-old woman, who was co-morbid and Corona positive, also died today in the GMC Jammu while 65-year-old woman from Pargwal in Akhnoor tehsil succumbed to the virus in the same hospital. A 52-year-old man from Old Satwari died of ailments and virus.
Four Corona casualties in Kashmir include 70-year-old woman from Lal Bazar and an 84-year-old man from Sonwar, both in Srinagar district, a 60-year-old man from Beerwah in Budgam and an 80-year-old man from Chogul Handwara in Kupwara district.
Jammu region recorded 288 Corona positive cases including 109 from Jammu district, 51 Udhampur, 27 Kishtwar, 24 Rajouri, 23 Samba, 20 Ramban, 15 Doda, 13 Kathua and three each in Poonch and Reasi districts.
As many as 380 persons recovered from the virus today in Jammu region, the highest being 115 in Jammu district, 54 each in Udhampur and Doda, 49 Reasi, 36 Ramban, 33 Kishtwar, 23 Kathua, 11 Rajouri and five in Poonch district. No recoveries were today reported from Samba district.
Jammu region now has 45462 Corona cases. Among them, 2365 are active positives while 42486 have recovered from the virus and there have been 611 casualties in the region.
Jammu district has maximum 312 casualties followed by 57 in Doda, 51 Udhampur, 50 Rajouri, 39 Kathua, 32 Samba, 22 Poonch, 20 Ramban, 19 Kishtwar and six in Reasi district.
In the Union Territory of Ladakh, 68 new cases were today reported-60 in Leh and eight in Kargil taking total cases to 8691. Of them, 859 are active cases as 7713 others have recovered.
There are 119 casualties in Ladakh including 77 in Leh and 42 in Kargil.
With four deaths in Kashmir, the total fatality count in the Valley has reached 1119.
Srinagar district with 425 deaths topped the list followed by Baramulla 163, Budgam 102, Pulwama 86, Kupwara 85, Anantnag 79, Bandipora 52, Kulgam 51, Ganderbal 39 and Shopian 37.
In Kashmir, 256 people tested positive today.
Those who tested positive today include 118 from Srinagar, 29 Baramulla, 37 Budgam, 15 Pulwama, 10 Kupwara, 12 Anantnag, 11 Bandipora, 16 Ganderbal, 2 Kulgam and six from Shopian.
As per officials figures, 23,499 positive cases including 425 deaths and 21,894 recoveries are from Srinagar, 7,551 including 163 deaths and 7,159 recoveries are from Baramulla, 7,045 including 6,672
recoveries and 102 deaths are from Budgam, 5,159 including 4,915 recoveries and 86 deaths are from Pulwama, 5,244 including 85 deaths and 4,944 recoveries are from Kupwara, 4,591 including 4,392 recoveries and 79 deaths are from Anantnag, 4,468 cases including 4,285 and 52 deaths are from Bandipora, 4,261 including 4,044 recoveries and 39 deaths are from Ganderbal, 2,608 including 2,496
recoveries and 51 deaths are from Kulgam and 2,368 including 2,250 recoveries and 37 deaths are from Shopian.
The active cases in Jammu and Kashmir are 4,989 including 2,624 from Kashmir division.
With 647 more recoveries, the tally of total recoveries in Jammu and Kashmir has reached 105,537 which is 94.01 percent of the total cases.