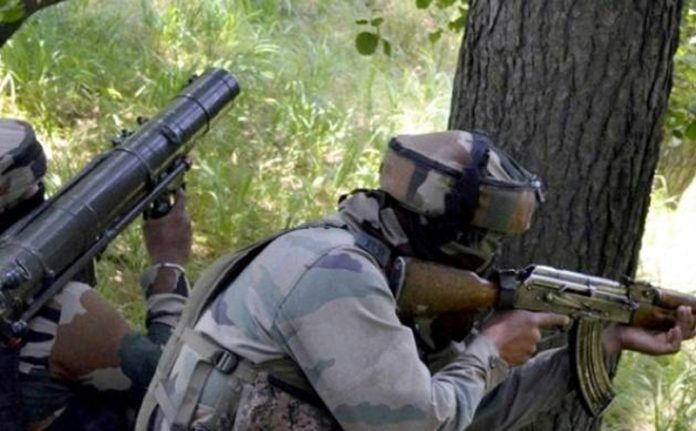 Excelsior Correspondent
Srinagar, Aug 31: Two Army personnel were injured in a firing incident during a cordon-and-search operation in upper reaches of Bandipora forests in North Kashmir today.
Army’s 27 RR launched a search operation in the forests of Chaan Daji and Dani Behak area a week ago against a group of militants who are hiding in the area.
The troops fired some warning shots after observing suspicious movement of militants in the area this morning. The militants fired back at the Army leading to a brief encounter in which two Army men part of the search party were injured. They have been hospitalized.