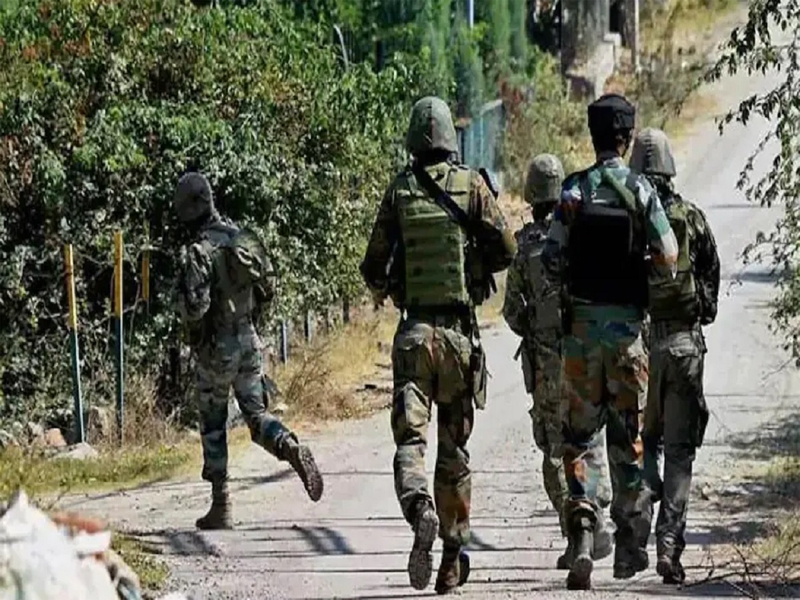 Excelsior Correspondent
SRINAGAR, Dec 7 : An encounter broke out between security forces and militants at Wathoo, Shirmal village of South Kashmir’s Shopian district this evening and two militants are believed to be trapped inside.
An official said that a joint team of police, Army and CRPF after receiving information about the presence of militants launched a search operation in the area.
He said that as the joint team of security forces intensified searches towards the suspected spot, hiding militants fired upon the party, which was retaliated, triggering an encounter.
The official said that the operation is going on while two militants are believed to be trapped. The officials said that due to darkness, the operation has been put on halt for the night while all cordon layers are intact and lights stand installed.
Pertinently, there was no encounter in South Kashmir in last 17 days.
On 20 November, a hybrid militant Sajad Tantray of Shirpora Frisal Kulgam who was taken for identification of hideout as per police got killed in militant firing in Check I Dadoo area of Marhama area of Anantnag district.
On November 11, a foreigner Kamran Bhai alias Anees of JeM was killed in Kaprin area of Shopian.