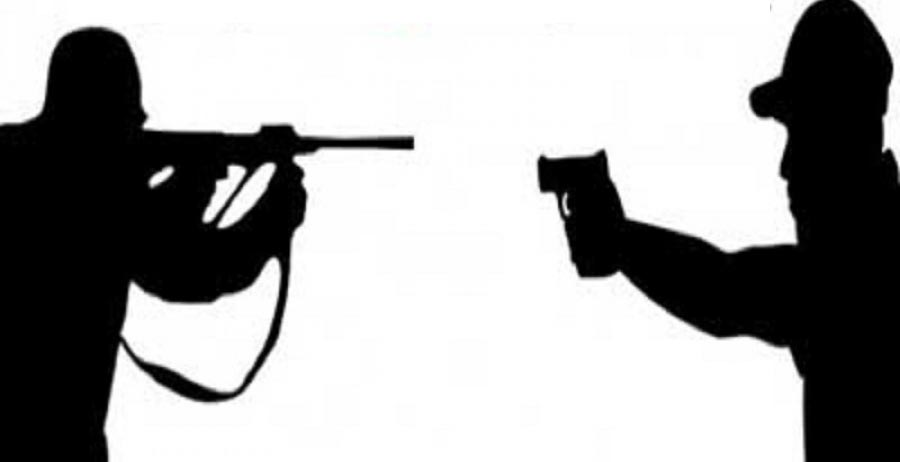 Excelsior Correspondent
SRINAGAR, Sept 25: Two militants were killed in a fierce gun battle in Tujjar area of Sopore in North Kashmir’s Baramulla district today.
Army’s 22 RR, Special Operations Group (SOG) of Jammu and Kashmir Police and CRPF laid a siege around Tujjar area of Sopore last night and launched a cordon and search operation.
Militants hiding in a residential house opened random fire upon the security forces in a bid to break the cordon. The security forces retaliated the fire triggering a brief encounter. The militants managed to shift to another house amid the exchange of fire.

Click here to watch video
The security forces tightened the cordon during the night to prevent militants from fleeing. They installed flood lights and maintained vigil throughout the night.
In the morning, militants fired at the troops to flee from the cordon. However, troops retaliated and intermittent fire continued till noon prompting the authorities to snap internet service in the apple town besides ordering the closure of educational institutions.
Two militants were killed in the afternoon. They have been identified as Abdul Majid Mir of Tujjar and Abdul Gani Khwaja of Kralgund.
Meanwhile, Army today paid floral tributes to Lance Naik Sandeep Singh, who was killed during a counter-infiltration operation along the Line of Control (LoC) in Kupwara district of Jammu and Kashmir.
Singh (30) sustained bullet injuries during the operation in Tangdhar sector in which five militants were killed, an Army spokesperson said.
“In a solemn ceremony at Badamibagh Cantonment, Corps Commander Lt Gen A K Bhatt and all ranks paid homage to the martyr on behalf of the nation. Director General of Police (DGP) Dilbag Singh and representatives from various security agencies also joined in paying their last respects to the martyr,” he said.
Singh had joined the Army in 2007 and belonged to Kotla Khurd village of Gurdaspur district of Punjab and is survived by his wife.
“The mortal remains of the martyr were flown for last rites to his native place, where he would be laid to rest with full military honours. In this hour of grief, the Army stands in solidarity with the bereaved family of the martyr and remains committed to their dignity and well being,” the spokesperson said.