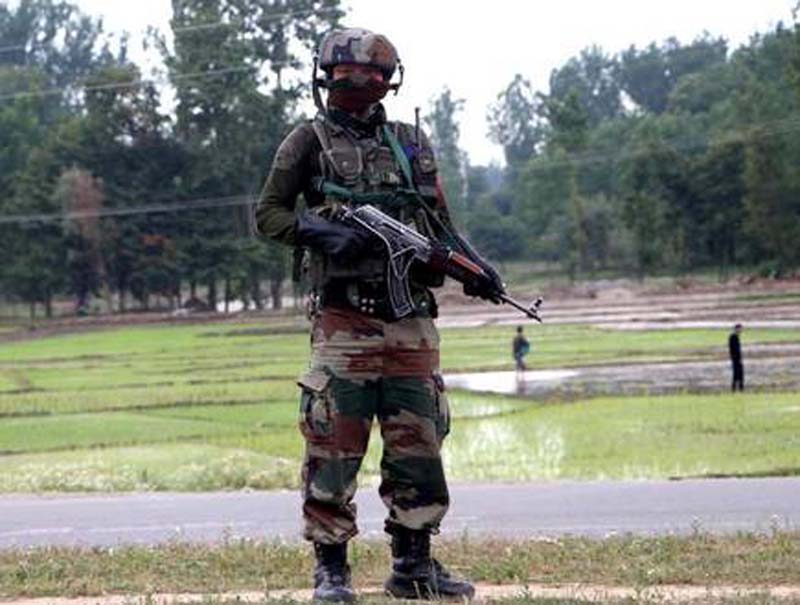 SRINAGAR, July 4: Two militants were killed while three soldiers, including a Junior Commissioned Officer (JCO), injured in a gun battle that broke out at Arreh Mohanpora village of South Kashmir’s Kulgam district this afternoon.
A joint team of police, Army’s 34 RR and CRPF launched a cordon and search operation on a specific input about presence of militants in the area.

Click here to watch video
As the security forces approached towards the suspected spot, the hiding militants fired at the security forces triggering an encounter.
Inspector General of Police, Vijay Kumar, told Excelsior that operation was halted for few hours as police brought second militant’s family to the encounter site, so that his family could persuade him to surrender.
“However, the trapped militant refused to surrender”, the IGP added. He said two militants were killed in the encounter.
During initial exchange of firing, one militant was killed and three Army soldiers including JCO was injured. The Army men were removed to Srinagar for treatment.
Authorities have snapped the mobile internet services in the area as a precautionary measure.
In South Kashmir, 48 militants have been killed since June 1 and in this year so far 120 militants were killed in encounters across Kashmir.