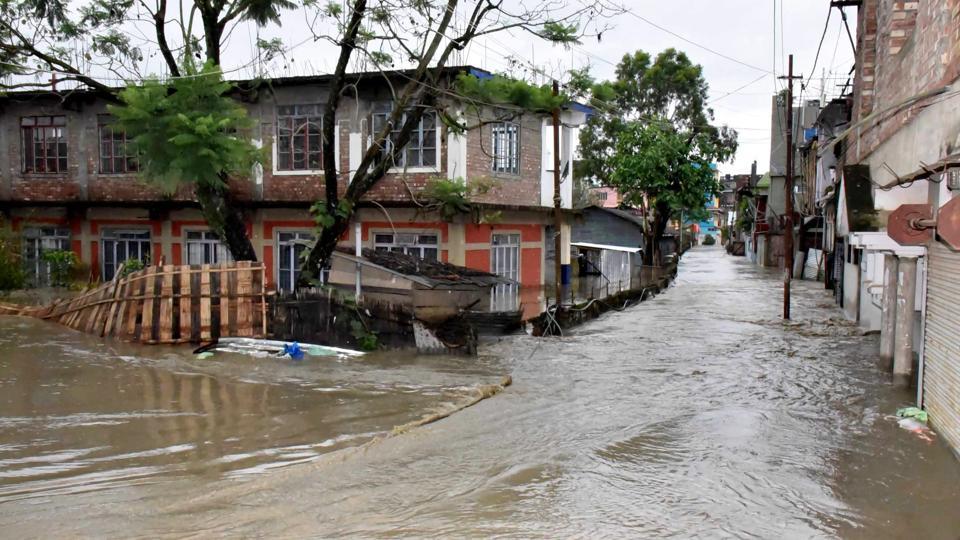 NEW DELHI: Nineteen people were killed in weather-related incidents while torrential rains in northeast states rendered thousands homeless, even as a cloud of dust hung over vast areas of north India today, bringing down the air quality in Delhi to “severe” level.

Fifteen people were killed in dust storms in Uttar Pradesh and four in rain-related incidents in Tripura and Manipur.

Dusty winds continued to sweep the national capital and its adjoining area as the maximum temperature settled at 40.5 degrees Celsius, a notch above the season’s average.

Delhi’s air quality remained “severe” for the third day due to dust storms in Rajasthan, prompting authorities to issue warning to people to avoid staying outdoors for long and suspend construction activities, according to the Central Pollution Control Board (CPCB).

In the northeast torrential rain for the past three days has wreaked havoc in the region, with floods leaving thousands homeless in Tripura, Manipur, Mizoram and Assam.

Two people were swept away by strong river currents in Tripura yesterday, while over 14,000 families lost their homes as heavy downpour submerged parts of the State, officials said.