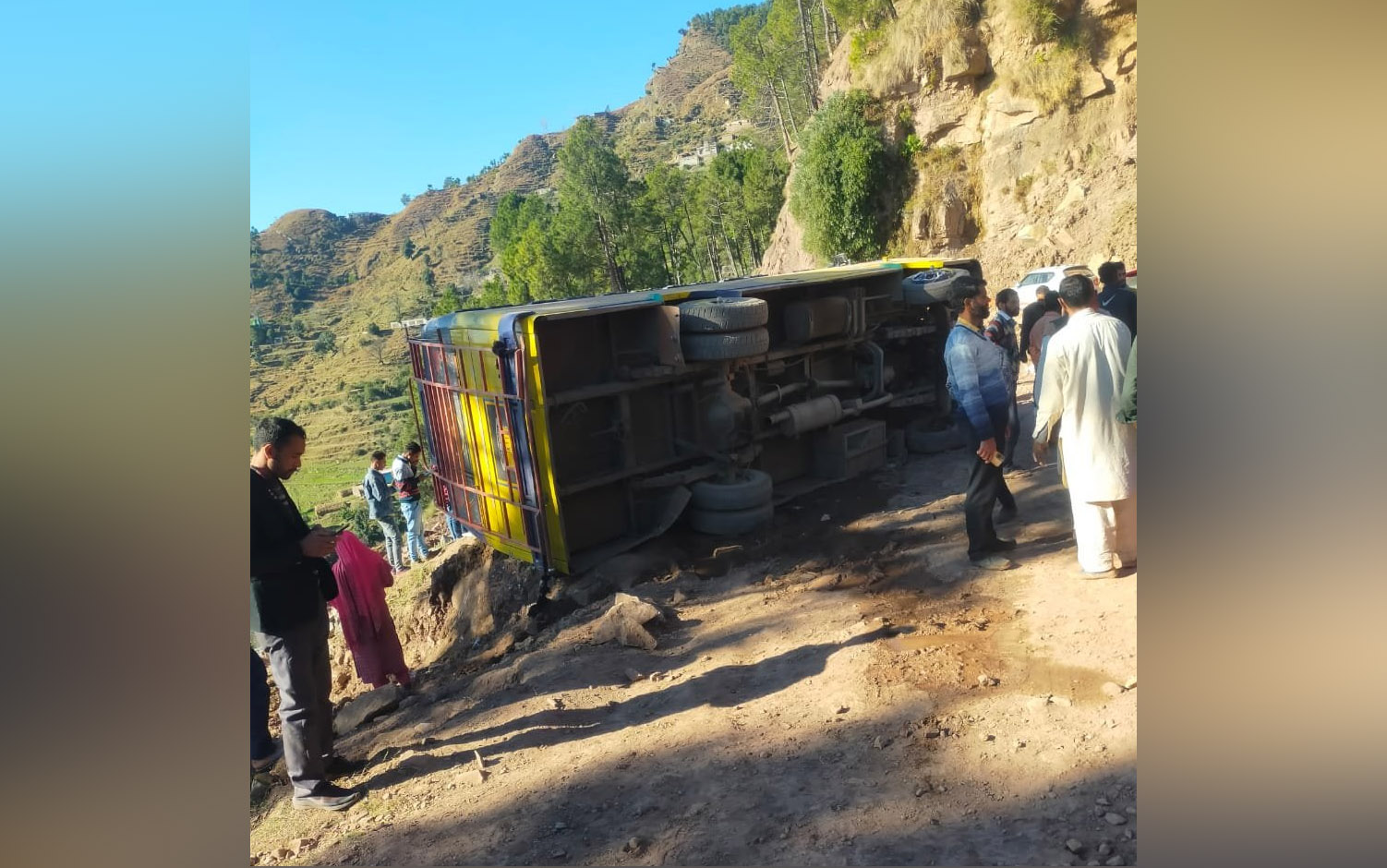 JAMMU, Dec 5 : At least 17 persons, who were part of a marriage ceremony, were injured in a road accident in Rajouri district on Monday morning.
An official said that the accident took place when a bus, carrying “Baraatis” turned turtle near Tarkundi LoC road.
He said at least 17 persons were injured in the accident and they were immediately evacuated to a nearby hospital.
The official added condition of five of the injured persons is stated to be serious. (KNO)