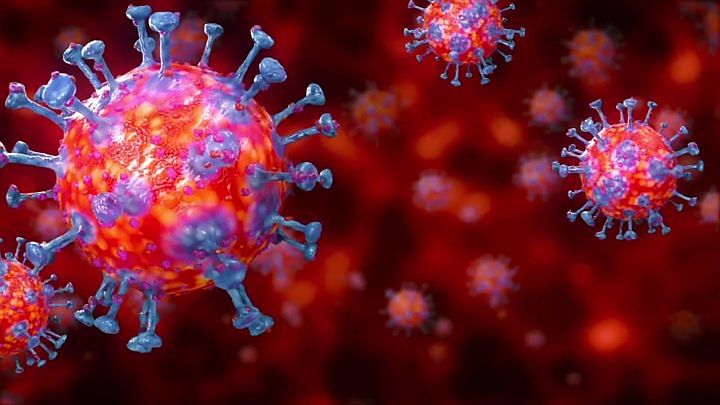 Srinagar, May 3: Kashmir today reported 15 deaths due to COVID-19 infection taking the death toll in Jammu and Kashmir past 2400 while 2,439 positive cases were reported from the Valley.
Out of the 15 deaths one died in Chest Diseases Hospital, six in SKIMS Soura, five in SMHS Srinagar, one in CHC Kupwara, one in DH Kulgam and one in SDH Sopore.
Those who died include a 77-year-old woman from Kelam Kulgam died at district hospital Kulgam, a 58-year-old woman from Hamdaniya Colony Bemina in Srinagar, a 55-year-old man from Sanat Nagar Srinagar, an 80-year-old man from Rawalpora Srinagar, a 55-year-old man from Safakadal Srinagar, a 72-year-old woman from Hazratbal Srinagar, a 35-year-old from Moomin Abad Batmaloo Srinagar, a 78-year-old man from Safapora Ganderbal, a 55-year-old from Karanagar Srinagar, a 25-year-old man from Natipora Srinagar and a 65-year-old from Old Town Baramulla.
Those who tested positive include 1,136 from Srinagar, 232  Baramulla, 208 Budgam, 296 Pulwama, 64 Kupwara, 145 Anantnag, 85 Bandipora, 51 Ganderbal, 167 Kulgam and 55 from Shopian.
As per officials figures, 46,784 positive cases including 560 deaths and 36,081 recoveries are from Srinagar, 13,768 including 201 deaths and 10,884 recoveries are from Baramulla, 11,315  including 9,378 recoveries and 134 deaths are from Budgam, 7,628 including 6,159 recoveries and 103 deaths are from Pulwama, 7,375 including 104 deaths and 6,145 recoveries are from Kupwara, 7,652 including 5,744 recoveries and 111 deaths are from Anantnag, 5,687 cases including 5,042’and 64 deaths are from Bandipora, 5,655 including 4,992 recoveries and 52 deaths are from Ganderbal, 4,932  including 3,199 recoveries and 69 deaths are from Kulgam and 3,224 including 2,712 recoveries and 42 deaths are from Shopian.
The number of cases in Kashmir division has reached 114,020 including 90,336 recoveries and 1,440 deaths.
The number of active cases in Jammu and Kashmir are 34,567 including 22,244 from Kashmir division.
With 1,536 more recoveries, the tally of total recoveries in Jammu and Kashmir has reached 150,231 which is 80.24 percent of the total cases.
And amid ongoing Corona Curfew, the roads in Srinagar and adjacent areas witnessed brisk vehicular movement coupled with traffic snarls at various vital junctions.
There was brisk movement of private vehicles in several areas of Srinagar and other adjacent districts today  especially Hyderpora, Sonwar, Jahangir Chowk and Dalgate.
Police and paramilitary troops were deployed although in large number to enforce the lockdown restrictions. The barricades and concertina wires were erected at many places to thwart the public movement.
Meanwhile, all the shops and business establishments barring emergency services, standalone shops remained closed throughout the day in Srinagar and other districts.
Jammu and Kashmir police said that 629 violators were fined while 46 FIRs registered and 81 persons were arrested today across Kashmir.
“During last 24 hours, Police has arrested 81 persons, lodged 46 FIRs and also realized fine to the tune of Rs 93,620 from 629 people for violating the guidelines and rules throughout Kashmir,” a police spokesman said in a statement.
Besides, a police spokesman said that three vehicles were also seized in Budgam for violating guidelines and restrictions.
The special drive against the violators of Covid-19 guidelines and rules continued throughout all the districts of Kashmir Valley to ensure that people adhere to SOPs and guidelines envisaged by the government to curb COVID-19 pandemic, police said.
And authorities today sealed a Jamkash Motors Workshop besides four other shops in Kunzer Tangmarg, for violating the prevailing Corona Curfew.
A Police official said that despite prohibitory orders in place, the shops were found open, prompting designated authorities to take action. He said that in Jamkash Motors Workshop nearly forty persons were found to be present working in the compartment during the inspection.