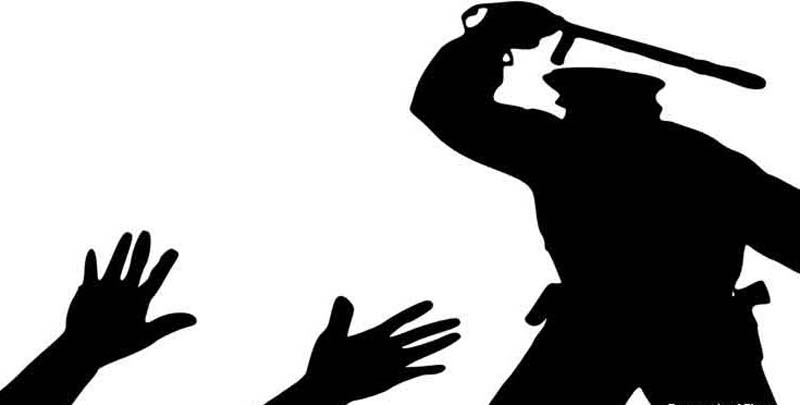 Excelsior Correspondent
SRINAGAR, Mar 19: A youth from Awantipora area of South Kashmir’s Pulwama district died in police custody last night after he was picked up by police from his home in nocturnal raid and a magisterial inquiry has been ordered into his death.
Rizwan Asad Pandit, Principal of a private school-Sabir Abdullah Jobwarara Awantipora-died in police custody at Srinagar during the intervening night of March 18 and 19.
A police officer said Rizwan was arrested for questioning in connection with some militancy related case. “In this matter, while following the procedure laid down in section 176 of CrPC a magisterial inquiry is underway,” the officer said. Police investigation has also been initiated in the jurisdictional area of incident.
A spontaneous shutdown was observed in Awantipora, the native place of the slain in South Kashmir and Old City of Srinagar amid clashes.
As soon as news about the death of the Rizwan spread, clashes erupted in Awantipora, and adjoining areas along with several parts of Old City here in Srinagar.
Shops and other commercial establishments remained closed in these areas while traffic was off the roads.
Zulkarnain Asad Pandit, brother of Rizwan Asad Pandit said that he was arrested two days back during a nocturnal raid.
“Two days back local police headed by DySP picked him during nocturnal raid. In the morning, we askedpolice about reason for his arrest. They said he is with Cargo (Special Operations Group of Jammu and Kashmir Police Srinagar) and we can’t help. Whatever is to be done, they have to do. Today we came to know that he was killed in custody. We are with Jamat-e-Islami, my father is also with Jamat-e-Islami and we are not criminals. He was totally innocent and he had no affiliation with any militant outfit. It is a cold blooded murder. We want investigation of it but we know nothing is going to happen. We all have seen investigations for last 20 years”, he said.
Rizwan was arrested last year and booked under PSA. He was later released after court quashed his PSA. “He was living normal life for last two months. He was Principal of a private school and was running his own tuition centre”, he said.
His body was handed over to his family this evening and was buried at around 9 p.m.
Meanwhile, Kashmir University students this afternoon staged a protest against his death in custody. Islamic University Awantipora closed the varsity as precautionary measures. The varsity also suspended the class work and postponed all examinations scheduled on Wednesday. A varsity official said that the fresh dates will be notified later.
The train services from South Kashmir to Baramulla has been also suspended for tomorrow, according to railway authorities. The internet services were also shut down in South Kashmir’s Pulwama district as a precautionary measure.
Separatists called for protests against the killing. “People will observe a complete and comprehensive protest strike on Wednesday, against the gruesome custodial killing of Rizwan Asad, policies of intimidation and harassment by police, SOG and other Indian investigative agencies, arbitrary arrests, slapping of draconian PSA, summoning political activists to SOG camps and thus creating atmosphere of fear in Jammu and Kashmir. On Thursday, we all segments of society including traders, lawyers, Bar Association, civil society and others from different walks of life will peacefully protest against the custodial killing and assaults on Kashmiris. On Friday, after Friday prayers, people have been asked to raise their voices peacefully against this custodial killing”, read the statement issued here today.