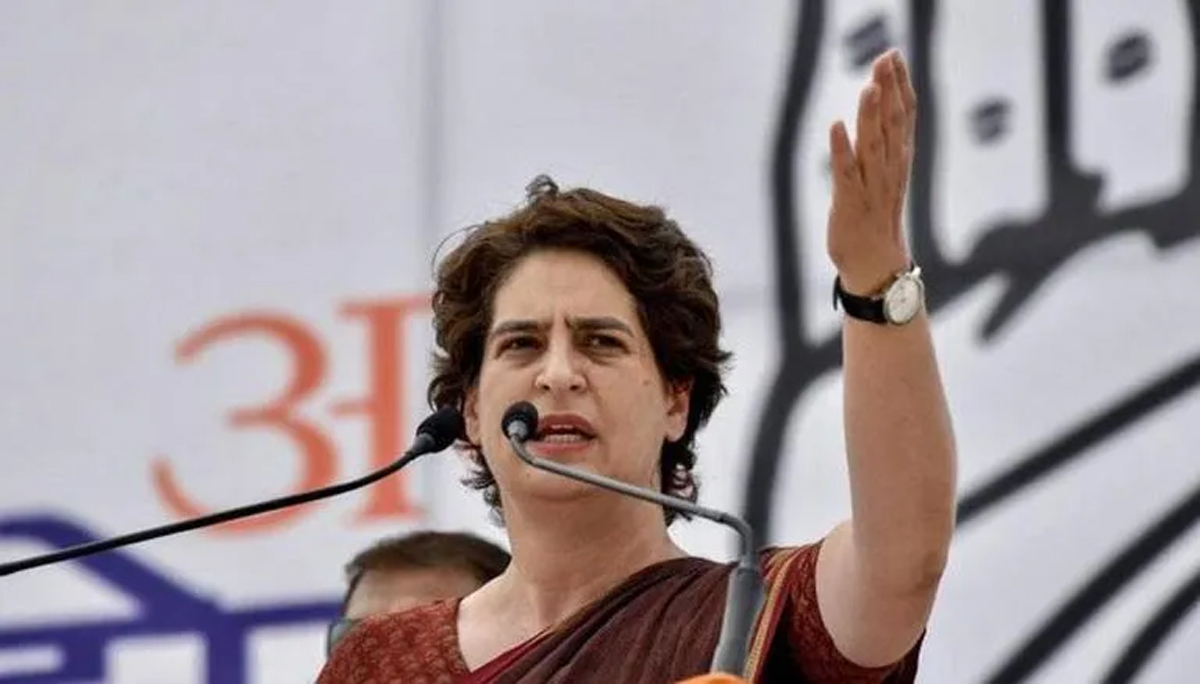 NEW DELHI, Feb 12:
Congress General Secretary Priyanka Gandhi on Saturday hit out at Uttar Pradesh Chief Minister Yogi Adityanath after the body of a young Dalit woman missing since early December was found buried in a plot belonging to a Samajwadi Party leader.
In a statement here, Gandhi said: “What happened in Unnao is not new in Uttar Pradesh. The mother of a Dalit girl kept on making rounds of the offices to trace her daughter, Finally she found her daughter’s body.”
Gandhi accused the Uttar Pradesh administration of not listening to the missing woman’s mother. “Instead of doing politics on this issue, the BJP should answer why the administration kept the mother run around since January. No one listened to her pleas for help.”
She told the Chief Minister: “Yogi Adityanathji, stop talking about law and orders. In your administration, women have to wander from door to door for justice, their voices are not heard when the women are persecuted, atrocities on women is rampant. They are killed while you are busy making false claims.”
The girl, whose body was found buried in a plot owned by Samajwadi Party leader Fateh Bahadur Singh’s son Rajol Singh, had been missing for two months. Her mother filed a missing person’s report on December 8. Fateh Bahadur Singh was a Minister in the Akhilesh Yadav Government.
The victim’s mother blamed Rajol Singh for her disappearance. However, the police allegedly did not take the matter seriously. On January 24, the mother jumped in front of Akhilesh Yadav’s car in Lucknow.
The body was recovered on Thursday when the police dug out the body — buried four feet under the ground. The decomposed body was wrapped in a blanket and dumped in a septic tank. An autopsy revealed that she was strangulated. It also showed that her neck was broken. (UNI)