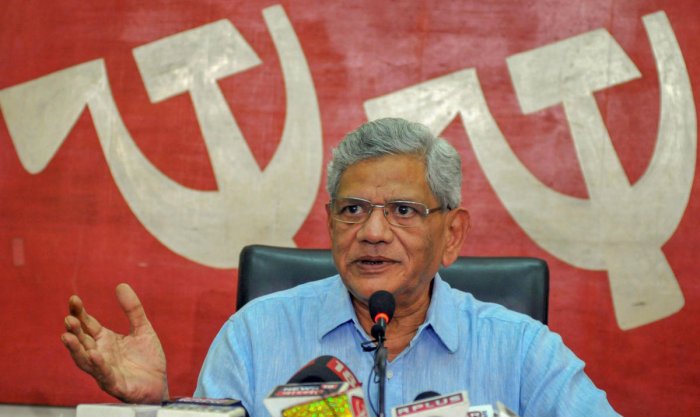 NEW DELHI: CPI(M) general secretary Sitaram Yechury has filed a writ petition in the Supreme Court for production of party leader Mohammed Yousuf Tarigami, who has been under detention in Jammu and Kashmir since the Centre abrogated provisions of Article 370, the party said on Saturday

Tarigami, a member of the Central Committee of the CPI(M) and four-time MLA of the dissolved Jammu and Kashmir Assembly has not been keeping well, party sources said.

The writ petition has been filed under Article 32 of the Constitution, the CPI(M) said.

Yechury had travelled to Srinagar earlier this month to visit Tarigami but was denied entry.

A delegation of opposition leaders is scheduled to visit Srinagar on Saturday. (agencies)