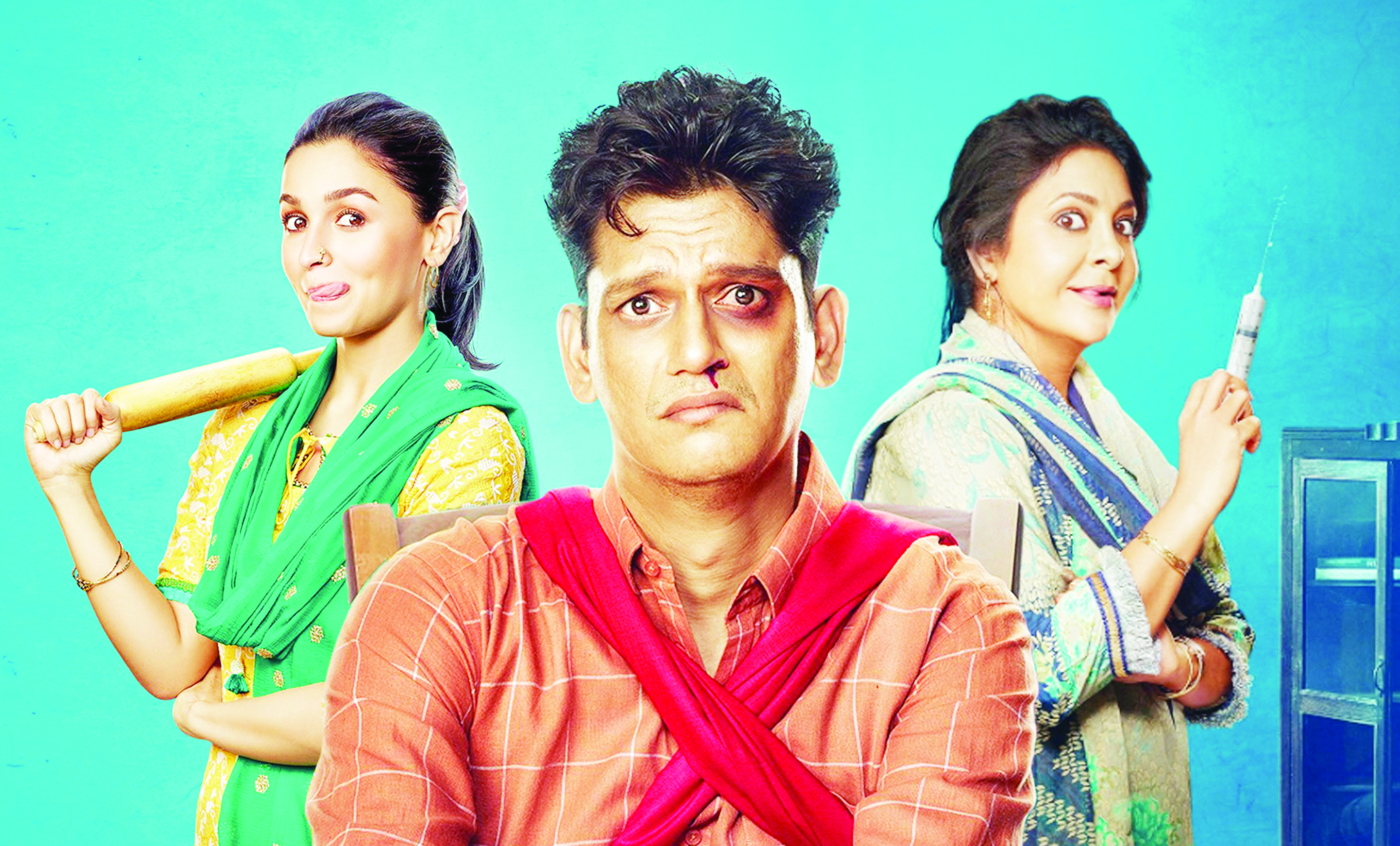 Women have taste, aesthetics and the gaze to make a monster like Hamza, his Dr Jekyll and Mr Hyde-like character from his latest film “Darlings”, appear bearable on screen, says actor Vijay Varma.
Always a dependable performer, the actor broke out following his stellar portrayal of the perceptive and enterprising Moeen in Zoya Akhtar’s “Gully Boy” (2019).
Varma’s recent act as the emasculated-at-work, manipulative, and abusive husband-at-home in the role of Hamza in “Darlings”, directed by debutante Jasmeet K Reen, has got him some of the best reviews of his career.
“I would really like to believe women are my lucky charm. They give me these juicy characters that I can play with. Their gaze is important and therefore, a monster like Hamza is also bearable on screen.
“My PR, make-up team are all women. I have a mother who supported me to be an actor. I have nieces whom I’ve raised with my hands. I learn a lot from them. They have taste, aesthetics, and beauty. They have so many things going for them that I aspire to have,” Varma told in an interview over Zoom.
The Hyderabad-born actor, also known for “Pink”, “She” and “Mirzapur”, said he was fortunate to collaborate with directors, male and female, who are in touch with nuances. An artist is a genderless creature, an entity he resonates with the most, he said.
“Sasya (from ‘She’) came from the mind of the beautiful Imtiaz Ali. The character in ‘Pink’… Shoojit da handled that subject so well. We brought the big issue of consent into Indian households… I always feel when there is a good merging of masculine and feminine is where art flourishes the most.”
“Darlings”, which premiered on Netflix earlier this month, explores the toxic marital relationship between the naive, devoted Badrunissa, played by Alia Bhatt, and Hamza (Varma), a loving husband by day and a devil by night. The dark comedy also stars Shefali Shah and Roshan Mathew. Varma said it is interesting how people are comparing Hamza with the dual personalities of Dr Jekyll and Mr Hyde in Robert Louis Stevenson’s famous 1886 novel.
The FTII graduate also explained the reason behind the success and acclaim of the movie.
“It worked because there was an action and a consequence involved. It would have not worked if it had been just action. We are a spiritually aware country, so the karma coming and biting your a** is happening. When the oppressor becomes oppressed is an interesting thought experiment. I felt people were up for this experiment,” he said. But being good at playing bad characters on screen comes at a cost. The 36-year-old said he is “scared” about doing these roles because he knows he will have to lose himself in the process of finding such characters.
“I do these parts because I feel if things like this exist in life it needs to be seen on screen. Any trauma if it is shown properly brings a certain kind of relatability. When I play these devious, diabolical characters on screen I want to show them as they are so that anybody can identify certain traits in them and hopefully change.”
Playing Hamza as the cameras rolled on the “Darlings” set was a taxing experience as he was not getting time to return to his real life, Varma said.
“Spending time with near and dear ones when you’re shooting these films is important because you’re spending 12-14 hours a day on set. I was tied up for half the film.
“It was painful, sad. I was angry all the time because I wasn’t getting time as Vijay. If people take away your mobility, it infuriates you. As soon as the shoot would get over, I would hug my nearest co-actors and my director.”
Reen, the director, hand held him throughout the process of filmmaking, he said.
“We were inseparable. She helped me greatly.”
Varma also heaped praises on his co-stars.
“What a firecracker of a performer Alia is and what a great run she is on in life. Everything she is touching is turning into gold. Even this project was blessed by the incredible light that Alia is shining on.
“I have the deepest regards for Shefali. To see her in a non-serious character like this was a delightful experience. Roshan is such a sweet, giving co-actor. My two favourite scenes are actually with him because those are times Hamza is not being a monster all the way.”
There can be a number of reasons why survivors of domestic abuse choose to carry on with the relationship, added the actor.
“It’s a common abuser psyche where they abuse and then they love, manipulate, and lie. They show a promise of change so the other person is left confused. It must be difficult for various reasons like pressure from society, in-laws, pressure from your own idea of how you think of the police work, anything could be a reason.”
Going to the cops is a “big choice” and the film shows that it is an option, he said.
“The good thing is there is the law. There are willing officials, lawmakers who can take care of the situation. I encourage people to take up this route in a way that it can help you.”
Next up for Varma is another Netflix project — Sujoy Ghosh’s Hindi film adaptation of “The Devotion of Mr X”, and two Prime Video series “Mirzapur 3”, and “Dahaad”, directed by Reema Kagti.