E-Paper
Home Social Trends Would be the happiest to see ‘Flop Show’ back on TV: Savita... 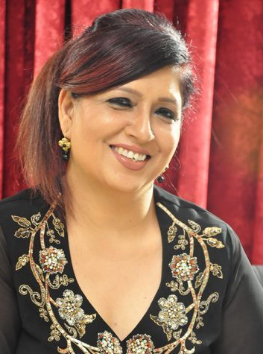 NEW DELHI: With Doordarshan turning to its late 1980s library and bringing back famous serials “Ramayan”, “Mahabharat” and “Shaktimaan” amid the coronavirus lockdown, veteran actor-producer Savita Bhatti says she would love to see “Flop Show”, the beloved satirical sitcom, return to the small screen as well.

After the national broadcaster announced the re-runs of its iconic old shows, many on social media urged the broadcaster to bring back the serial, created and directed by Savita Bhatti’s co-star and late husband, satirist Jaspal Bhatti.

“Flop Show”, which aired in 1989 on DD National, was a simple yet tongue-in-cheek commentary about the problems faced by the common people.

“I watch the show on YouTube sometimes to see Jaspal ji alive. I come across comments from people who have watched the show recently. I feel happy that there are so many of them in the current generation who don’t know about him and still know the kind of vision he had, which stands unparalleled still today. I would really be the happiest to see ‘Flop Show’ on TV again,” Savita Bhatti said in an interview.

“On a personal level, I would love to see a younger, prettier version of myself again. It is so close to my heart and something that is a part of my identity. I’m truly privileged to have been a part of the show,” the actor, who played Jaspal Bhatti’s wife in the weekly serial, added.

Savita Bhatti said while her husband was alive, he tried to get the rights to their show from the broadcaster without success. (AGENCIES)