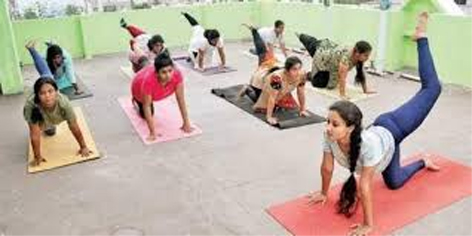 WASHINGTON, Feb 16: World’s first yoga university outside India would start its post graduation course later this year in the US along with research in the ancient Indian practice and the admissions for it will begin in April, university officials said on Saturday.
The Vivekananda Yoga University (VAYU) has established its initial campus in Los Angeles with a budget of USD 5 million.
Sree Sreenath, a Professor from Case Western University, has been named its president and Indian yoga guru H R Nagendra as its chairman, the university said in a statement.
“The programmes would roll out from August 2020, for which the admissions will be starting from April 2020 for the Master’s programme in yoga under the leadership of Sree Sreenath as the founding President,” the university said in a statement.
The announcement by the university came within three months of receiving official recognition from the Bureau for Private Postsecondary Education, California to offer yoga-based higher education programmes in November 2019.
VAYU would facilitate collaborative research, credit transfers and joint programmes with multiple premier universities across the world.
“As Swami Vivekananda said education is the manifestation of perfection already in man, VAYU aims at providing man-making and nation-building education by promoting an all-round personality development in students of generation next,” Nagendra said in a statement to PTI.
VAYU is said to be the brain child of Nagendra, a former scientist from NASA, who has been working on converting yoga into a socially relevant science for the last four decades.
Having started the first Yoga University in India (S-VYASA) in 2002, Nagendra said he aspires to create a global university for yoga-based higher education combining the best of the East with the best of the West.
The university will help thousands of yoga teachers in the US whose yoga education was limited to 200 or 500 hours of certificate programmes to progress further into university-based higher education, said Prem Bhandari, a member of the VAYU board of directors.
“It is further to the efforts of Prime Minister Narendra Modi who was instrumental in getting the UN declaration of International Day of Yoga on June 21st, his yoga guru H R Nagendra’s team’s hard work which made the establishment of a yoga university in US a reality,” he said. (PTI)