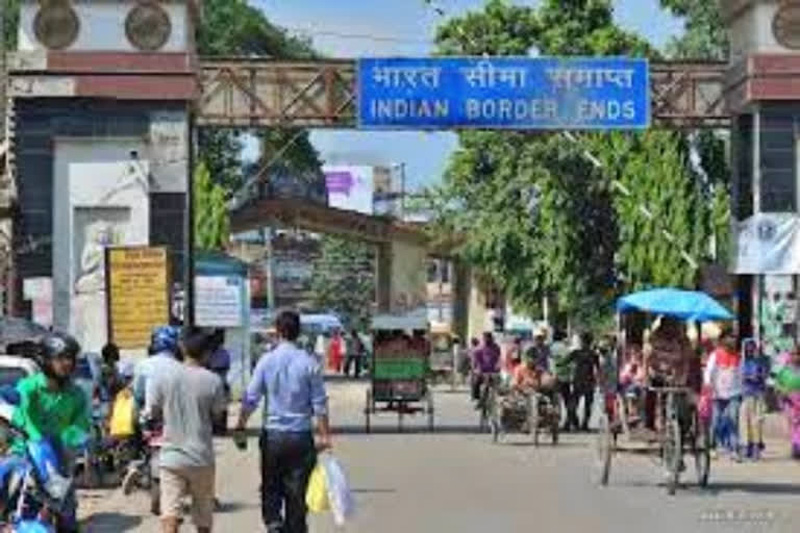 MAHARAJGANJ, Nov 26:
Work on setting up an integrated check post for smooth movement of cargo and passenger vehicles has started on the India-Nepal border in Uttar Pradesh’s Maharajganj district, an official said on Saturday.
District Magistrate Satyendra Kumar said the integrated checkpoint, the first one in the state, would come up in Sonauli, the international exit point of the Buddhist circuit of Maharajganj.
The land port is close to Lumbini, the birthplace of Gautam Buddha and a popular Buddhist tourist hub in Nepal. It will be developed on the basis of the criteria of making passengers and tourists coming from abroad get good facilities in Sonauli.
The integrated checkpoints are being built on either sides of the Indo-Nepal border to systematise the movement of cross-border cargo trucks by bringing customs and immigration facilities under one roof, Kumar told PTI.
In 2004, the Indian government had approved the construction of an integrated checkpoint in Sonauli, the DM said.
He added that the construction of the boundary wall started under the supervision of the home ministry near Kevataliya Tola of Sheikhfarenda village near Sonauli town, around 300km northeast of Lucknow.
Parking of 5,000 vehicles will be possible in the checkpoint, which will have export and import cargo-handling facilities like warehousing, including refrigerated cargo facilities, medical, plant and animal quarantine areas.
Amenities for drivers and passengers, CCTV and other security systems, 24/7 power backup and waste-water treatment facilities will also be available, the official said.
The facility is envisaged to promote systematic approach to cargo handling, result in saving of time and reduce inconvenience to visitors and overall transaction costs for cross-border trade and commerce, Kumar said.
This checkpoint will be constructed in an area of 143 acres at a cost of Rs 700 crore. A road will be built from Jugauli and Sukrauli villages to connect it with National Highway 24.
Work on land acquisition has almost been completed as land of 300 farmers has been acquired for the project.
The process of land acquisition from 288 farmers has been completed, according to a revenue department official.
Formalities with remaining 12 landowners are on as they are abroad. The acquisition work will be completed as soon as they return, the official said, adding that the land had been acquired for Rs 79 crore.
Apart from this Maharajganj project, integrated check-posts are also planned to come up at Rupaidiha in Uttar Pradesh’s Bahraich district. (PTI)