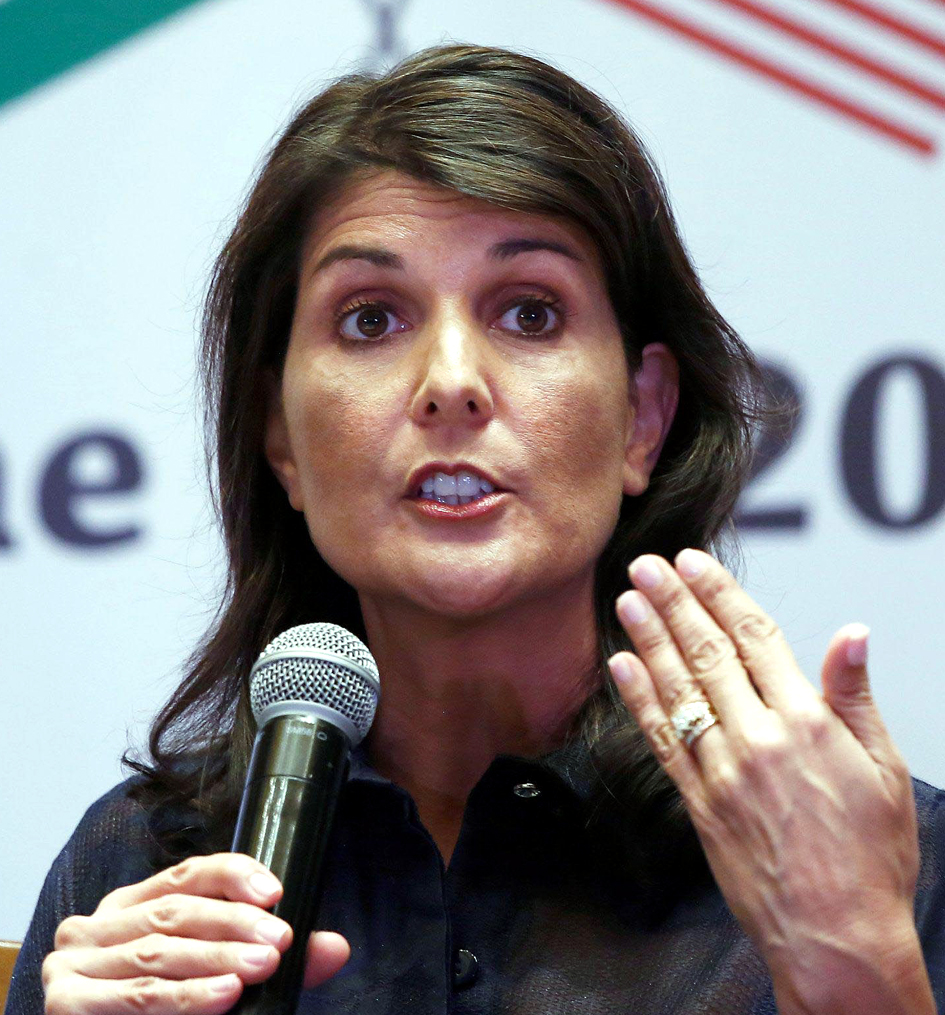 NEW DELHI, June 28: The US has strongly told Pakistan it cannot tolerate its Government providing a safe haven to terrorists, American Ambassador to the UN Nikki Haley said today, asserting that Washington and New Delhi must become global leaders in the fight against terrorism.
In an address here on advancing India-US relations, she said neither of the two nations can afford to turn a blind eye to the regimes that produce, harbour, and support terrorists, and in this context, the US is approaching its “relationship with Pakistan differently than in the past”.
She said though in many instances Pakistan had been a partner of the US, but it cannot tolerate the Pakistani Government, or any other Government, giving a safe haven to terrorists.
“We won’t tolerate it. We are communicating this message to Pakistan more strongly than in the past and we hope to see changes,” the 46-year-old Indian-American said in her address organised by the think-tank Observer Research Foundation.
Noting that the US and India have experienced the pain of terrorism, she said both the countries share a commitment of defeating terrorists and the hate ideology that motivates them.
“We share an urgent interest in eliminating the terrorist networks that threaten us, and to keep nuclear weapons out of the hands of terrorists and their sponsors.
“Both our nations lost citizens in the horrific Mumbai attack a decade ago. As fellow democracies, the United States and India must be global leaders in the fight against terrorism,” Haley said.
The senior official of the Trump administration said the US and India have expanded their counter-terrorism cooperation in the past decade.
However, she asserted that “we can and we must do more.  We must use all of the elements of our national power – economic, diplomatic and military – to protect ourselves.”
Haley said that this includes working together at the United Nations to designate terrorist leaders and networks.
Haley, who is here on a two-day visit, met Prime Minister Narendra Modi yesterday and discussed ways to enhance the India-US cooperation in various fields, including counter-terrorism.
She also met External Affairs Minister Sushma Swaraj and discussed ways to deepen the strategic partnership.
Haley had visited India in late 2014 when she was the South Carolina Governor. She is the first Indian-American to serve in a Cabinet-level position in any US Presidential administration.
On China, she said the country was important but noted that its expansion in the region has been a matter of concern for the US and many other countries as Beijing does not share democratic values.
Referring to Prime Minister Narendra Modi’s recent remarks at the Shangri-la dialogue in Singapore to ensure freedom of navigation and stability in the Indo-Pacific, she said President Donald Trump also believes in this vision.
Haley said the US supports India’s membership in Nuclear Suppliers Group as it is a nuclear state which is widely respected. (PTI)